According to new research from dairy cooperative Arla Foods, non-tariff barriers to trade and restricted access to labour after Brexit could leave British consumers and, indeed, businesses facing a “dairy dilemma”.

It has warned that the availability of butter, yoghurts and cheese could become restricted as it becomes more difficult to import dairy products from Europe.

The company envisages escalating pressure on costs and ultimately increased consumer prices for dairy goods stemming from a shortage of vets, lorry drivers and farm workers. All this alongside increased times for customs inspections at UK ports.

Arla warned that even a seven-minute additional waiting period for each inspection would add 10 hours of delays and additional costs of at least £111 per container.

“There’s no margin to play with here in the value chain. Any disruption means that if we don’t get the practicalities of Brexit right we will face a choice between shortages, extra costs that will inevitably have to be passed on to the consumer or undermining the world-class standards we have worked so hard to achieve.”

At present the UK has the second largest dairy trade deficit in the world, at up to 16%. It has a heavy reliance on EU imports, meaning that any problems at borders post-Brexit and shortages of labour could have a detrimental impact.

Amirahmadi added: “Our dependence on imported dairy products means that disruption to the supply chain will have a big impact. Most likely we would see shortages of products and a sharp rise in prices, turning every day staples, like butter, yoghurts, cheese and infant formula, into occasional luxuries.

“To protect the British public, we are calling on both sides in the negotiations to be pragmatic and sensible as they address the practicalities of Brexit, allowing us to have frictionless customs arrangements and ready access to key labour in the years ahead.” 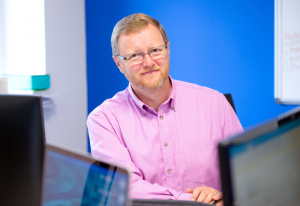 SME Culture Leaders 2018: Judge Jonathan Richards explains why good culture is not just “nice to have”