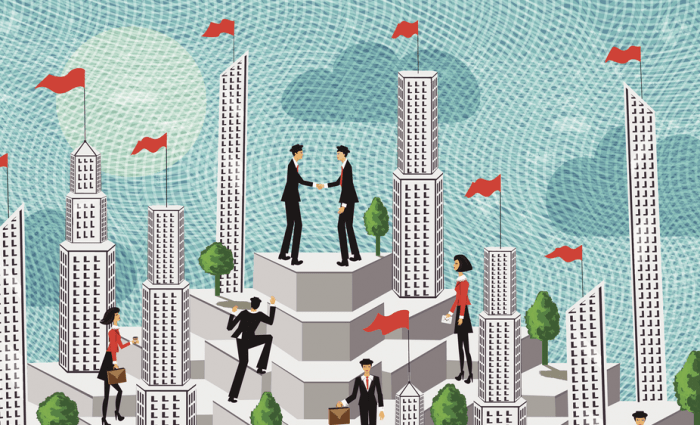 Share via
These statistics come to light in the Supper Club’s latest guide, Buy to Build,?where one of its partners, Kevin Uphill, analyses the M&A landscape. “Aided by a weak pound, British firms are in particularly high demand overseas,” the Avondale founder and chairman reveals. “Inbound deal flows into the UK rose by 69.6% in 2017 in value terms to ?277.95 billion. “Investors from China and Hong Kong alone spent ?15.1 billion on Britain?s shores in 2017 ? the highest amount on record, and nearly double the previous year?s total. “However, a recent revision allowing ministers to intervene in foreign-led deals may have an impact on deals where the UK turnover of the target business exceeds ?1 million.”

These changes, he suggests, are intended to prevent hostile takeovers by foreign acquirers.

There’s another trend impacting the M&A market though ? one that will have a bigger impact on SMEs. Big has proven, and indeed continues, to offer significant advantages for investors. But the frequency of large deals are on the decline. “With larger scale deals failing to generate substantial returns over a long period, buyers see the long-term potential in the mid-market,” Uphill says. “Increasingly, larger corporates are finding that mid-tier deals offer greater flexibility, as well as an opportunity to capitalise on industry trends and technological advancements.” But why is there now more interest in?acquiring or investing in smaller UK businesses?

His analysis is underpinned by a?May 2018 Harvard Business Review report. It found that?infrequent large deals?hurt value creation. More importantly, it?estimates that small acquisitions boost annual shareholder value by between 8.2% and 9.3% over a sustained period. “This is in comparison with the 4.4% average increase produced by so-called ‘big-bet’ deals,” he explains. “But it?s not just trade buyers who are dipping their toe in the mid-market. With fundraising at record levels, low-interest rates and a dearth of solid investment opportunities, Private Equity (PE) and Venture Capital (VC) funds are casting their nets further afield. “PE and VC buyouts now make up a substantial slice of global deal activity and account for around 15% of Western European M&A deals. Growth equity investments are also growing in popularity. In both cases, there is a demand for mature, high-potential SMEs that can offer a proven track record of growth.” The size of an SME makes them more agile. In a changing business environment that has distinct advantages, he adds. Of course, many SME business owners still view acquisitions as a potential boon, citing a loss of control as a point of stress. There’s the realisation that you’ve “lost your baby” and that you need to take a leap of faith to start a new life without it.

But there are rewards to being acquired as an SME.?Uphill suggests there’s a sense of satisfaction of knowing that someone recognised the value of the business and the self-actualisation that your vision was justified.

It can also be highly financially lucrative and tax effective. Now is the time to make of the trend as the prospect of a ?no-deal? Brexit could see the economy slow down. This, Uphill says, will cause a short-term recession. The knock-on effect for M&A will be that deal volumes will drop short-term as values fall. “However, we predict a short sharp shock and then M&A will hit centre stage again. In slow growth, fast-changing markets M&A is key to companies gaining competitive advantage, shifting their business models and securing shareholder value.”

Are your taxes in order? If not, you’ll struggle to sell the business

The exit journey: What investors look for in a business

Overseas acquisitions: How to make everyone a fan of your culture

Avoiding the communications vacuum during M&A

Selling a business: How to deal with the Inheritance Tax bombshell

18 Sep 2018
We use cookies on our website to give you the most relevant experience by remembering your preferences and repeat visits. By clicking “Accept”, you consent to the use of ALL the cookies.
Cookie settingsACCEPT
Manage consent