Conflict resolution isn’t just an interesting degree to study at university, it’s a fundamental aspect of office politics. What’s more, living in an office war-zone is detrimental to workplace productivity – and the company pocket.

But all is not lost. HR teams and senior staff can clue themselves up on low-cost and time-saving ways to manage conflicts in workspaces, and reduce the chances it will happen again.

The impact of conflict in the office

Workplace related conflict is not pleasant for anyone involved. But it has other negative effects too. It takes up huge chunks of the working day for managers – a reported 24% of their typical day, according to one study – and is financially damaging for businesses.

The Confederation of British Industry (CBI) estimates that it costs UK businesses a whopping £33 billion pounds a year. Stateside, another study claims employees lose an average of 2.1 hours per week on office conflicts. So what can businesses do to counter these statistics?

There are no logistical blueprints telling businesses how to manage or resolve conflicts. As conflicts occur between people, we are reminded that these are inherently human exchanges underpinned by emotions.

It’s a mediation, not a court battle

Whatever the dispute, leave aggression, and any ideas of winning or gaining the ‘upper hand’ at the door. Resolving conflict swiftly depends on a collaborative approach between the two disgruntled parties.

Set your intention towards listening to, and understanding the grievances of the other party. This will make them more likely to be placatable. Life coaches will tell their patients not to ‘mirror’ the actions of an emotionally aggressive friend or family member. It’s the same when managing conflict. By doing so, you’ll encourage clearer communication channels and a better understanding of the issue. 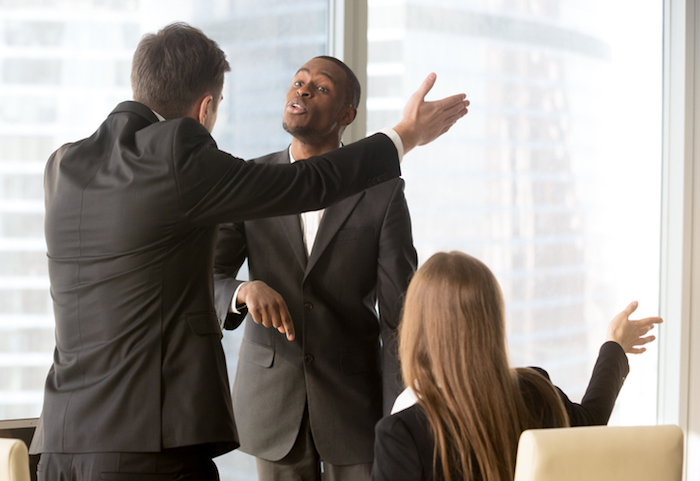 Again, by focusing on the ‘personal’ in conflict situations, you may unknowingly encourage aggressive tendencies in the other party, as they will want to defend their position and their professional character.

Look to the cause of the problem. This way, you de-escalate changes of an aggressive encounter by making the situation non-personal.

Focusing on a non-personal ‘root cause’ or ‘problem’ means you can tackle this issue as a team. This turns the problem into a potential opportunity for team collaboration and self-improvement.

Telephone calls and emails provide the opportunity for people to disengage, should the conversation take a turn they don’t like. Instead, face to face meetings means both parties have to behave in a more professional manner.

Meeting in person also allows grievances to be addressed in a more holistic way through vocalisation of issues and concerns. This gives fair grounding to team members who may have writing or reading-related impairments, which may mean they are not able to express themselves as clearly over platforms such as emailing or texting.

There are no logistical blueprints telling businesses how to manage or resolve conflicts. As conflicts occur between people, we are reminded that these are inherently human exchanges underpinned heavily by emotions.

It’s important that managers and other senior staff try to cultivate a climate wherein employees feel encouraged to vocalise their concerns about the state of communications in the workplace, whether it’s good or bad.

Management can make a start by creating a working culture where conflict resolution is not a negative panic-ridden, and defensive, last resort, but an opportunity for the entire team to work together and make their business a happy, productive and democratic space. 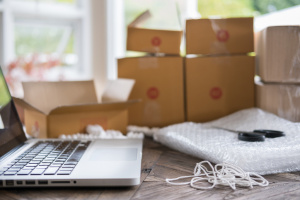 Selling a business: How to deal with the Inheritance Tax bombshell