Compassion, an eagle-eye for detail, unshakeable ethical responsibility, strong communication skills, and creativity. These are some of the traits strongly associated with being a growth-minded entrepreneur. It’s also easily interchangeable in describing a top-notch police officer, according to cop-turned-businessman, Alexander Seery.

Seery is a former detention custody officer for Nottinghamshire Police who went onto grow his first successful company from scratch while working full-time. Now the 27-year-old has become an unofficial poster boy for police officers keen to make the switch.

“One main problem that police officers face is the specialist skills they possess are invaluable in the force, but they cannot be easily applied to career paths elsewhere such as other job roles,” Seery says. “However, being their own boss in their own business, solves this problem.”

Seery explains that out of 43,000 currently serving police officers, 55.9% said that their morale was low and 84.2% said that this poor morale was due to the negative treatment of the police force.

He believes the autonomy and freedom of being an entrepreneur only adds to the skillsets police officers build up while on the force. Seery penned a book on his journey, Police Officer to Entrepreneur, where he broke it down to six specific steps to transition from cop to entrepreneur.

After years of studying what makes the world’s most successful entrepreneurs tick, Seery has set up the world’s first programme for former and serving police officers to become their own boss as entrepreneurs.

Related: British ex-forces in business: Why military veterans are the next wave of Britain’s top entrepreneurs

He founded Shifts to Success, a business training company that exclusively supports former and serving police officers in building businesses as well as various skills related to entrepreneurship.

Today, Seery is launching a year-long accelerator course taking place at Park Regis Birmingham to help other officers in the force gain the necessary skills to excel in other career paths in business. The accelerator is supported by a number of business mentors, including Andrew Priestley, James White, Robin Waite, Sapna Pieroux and Timothy Han. The goal, he says, is to provide police officers with practical advice to enhance their skills and find an alternative career path beyond the police force. 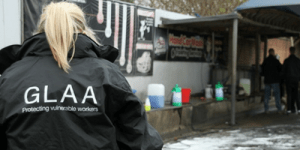 Arguing with the boss: Smileworks CEO explains why a company culture of challenging debate is good for business