Our photogenic chancellor goes down well on the telly but not with the 5m self-employed of Britain; and unless he changes his mind about how to help them, he will be setting up the COVID-19- confined Boris to lose the next general election.

In the last 3 days, the mainstream media are (thank goodness), beginning to highlight the appalling holes in Sunak’s scheme for the self-employed. For further information, you can read this blog from my colleague, Sacha Bright, at investment services firm Nextfin.

So, why are hundreds of thousands of our citizens being left to face bankruptcy? The answer was supplied by Sunak himself when he said we must avoid subsiding the 5% of the self-employed who are well off and so don’t need a hand out from The Government.

In years to come, economic students will study this classic piece of Treasury myopia, of how they cut off their nose to spite their face, and how they destroyed the health and wealth of so many of the people they are supposed to be the civil servant of.

The Government they elected is letting them go to the wall. What a golden opportunity for Jeremy Corbyn’s successor to, rightly, make hay

The Treasury has always believed that a central tenet of their existence is to ensure that those who don’t have a copper-bottomed case for financial help don’t receive such. This may work in peacetime but they clearly haven’t grasped (in the words of French PM Macron) that, “we are at war”. But our politicians soon will.

Any day now I guarantee that MPs will be deluged with cries for help from hundreds of their constituents and demanding to know why The Government they elected is letting them go to the wall. What a golden opportunity for Jeremy Corbyn’s successor to, rightly, make hay. And of course, there are longer-term unintended consequences for the Treasury bean counters.

As my colleague, referred to above, pointed out to me yesterday, excessive stress weakens the immune system and he has seen three of his friends, a builder, a recruitment consultant and an osteopath fall seriously ill. Up and down the land there will be many in the same boat. The long term cost to the NHS and other government departments will be massive.

Instead, the chancellor should now declare that all the self-employed will immediately be subsidised to an amount of £2,000 per month while the national lockdown is in operation. He should go onto say that he fully realises some of the beneficiaries of this hand out are sufficiently solvent not to need this and as a result, would urge those fortunate enough to register themselves as not requiring the £2,000 per month or instead donate it to charity.

We are witnessing countless examples of people offering to help during this unprecedented crisis and I have no doubt that a substantial number of the 5% ( being 250,000 in total) the Treasury fusses about will do the right thing.

Such action by Sunak would be highly politically astute, could save Boris his job and will save the wellbeing of hundreds of thousands of our hard-working men and women. 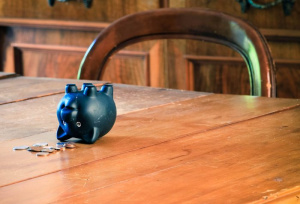 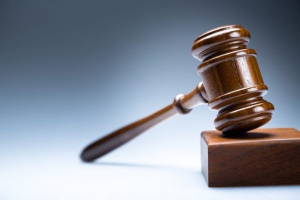 Bridging loans as auction finance: All you need to know