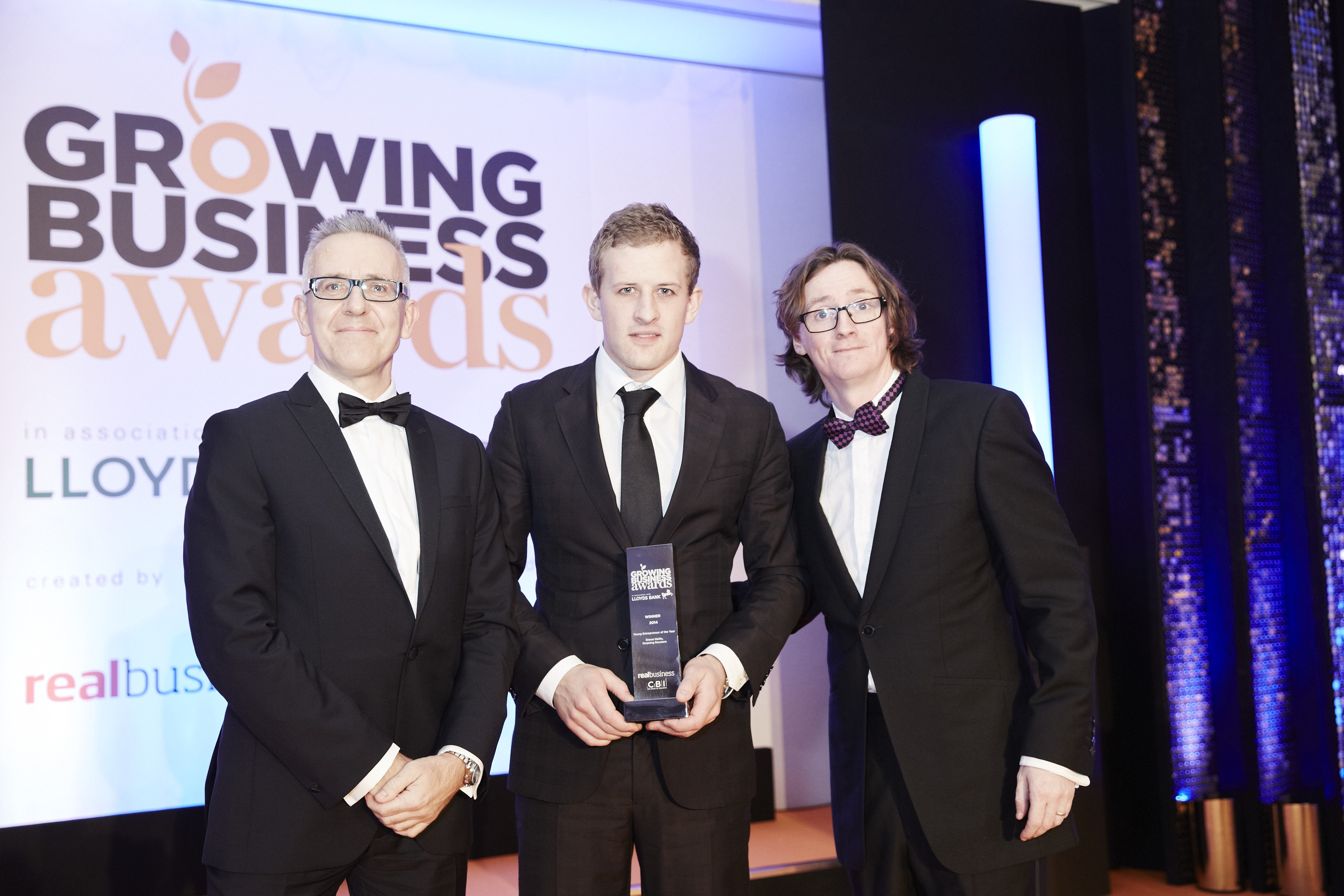 Roaming Roosters was set up in 2009 while Simon travelled the world working in the motorsport industry.

?I noticed that sustainable food, predominantly free range and grass fed meats, were not commonly available,? he said. ?At the same time, my younger brother Nick, who worked in our dad?s butchers shop, noticed customers asking for free range chicken. So we hatched a plan!? ?We had very little money so began rearing some free range chickens on land which our dad owned – we created a website for ?500 and started selling them online and at local farmers markets. This was the beginning of Roaming Roosters.? This is also essentially how the company got its name. ?We began farming free range chickens known as ‘Roaming Roosters’ and the brand was born from there and it stuck. It?s amazing how many people think me and Nick are the Roaming Roosters!? Simon said. ?But while the name was easy, we spent a lot of time creating our brand, thinking hard about what it was we stood for and what set us apart from the rest.? The brothers soon realised chicken alone wasn?t a strong enough offering so ?brought other local farmers known to [the] family on board to farm beef, pork and lamb for [them].? But they had a key asset: experience gained from working in the butchery family business. ?Myself and Nick worked within the shop from a young age and also worked on farms through school holidays and weekends,? he said. ?This gave us a real knowledge of food from field to fork. ?The most important part of producing meat is how the animal is farmed, how it is fed, the breeds used and the size and age at which the animal is slaughtered. All our beef, for example, is grass fed and sourced from native British breeds. It?s all slaughtered between 24-30 months old with a consistent carcass size.  ?Using traditional British breeds also means that traditional butchery techniques must be used to retain margin within the product. Modern butchery styles use a style of butchery known as seam butchery, based on cutting along the natural seams between the muscles, which is ideal for continental breeds which can be intensively farmed – the polar opposite of what we do! We use traditional butchery methods on British native breeds, using much more of the animal, which means less waste and enabling us to pass on cost savings to our end customers. ?Traditional butchery is about making the most from every cut and using as much of the animal as possible – again a much more sustainable method of food production.? But family ties were by no means the reason they stuck to the sector. ?It was more the opportunity I saw that kept me there,? he explained. ?Butchery is an old fashioned industry just waiting to be revived and that?s what we are doing. We sell a traditional product in a very modern way with a modern brand and through more modern streams of trade like drop shipping for big online retailers. ?My brother is an extremely talented butcher and has the skill-set of butchers decades his senior. So with my vision and natural business acumen and his butchery skills it just made sense. ?However, my dad being old school, when we told him we were selling meat on the internet he swore?a lot! And then told us both we were stark raving mad! But he?s finally come round to the idea and sold his shop to come and work for us on the farm.? Although the idea started off easily enough, Simon explains that finance was hard to come by. ?We started Roaming Roosters from my dad?s shop and used the office upstairs at the start. It was Christmas of 2011 when we filled every spare inch with boxes that our dad said ?I think it?s about time you left!? By Shan? Schutte