The most well known fictional companies

We’ve compiled a list of some of the most well known fictional companies from the worlds of TV, film and books, highlighting what they do and their revenues.

1. CHOAM – a fictional company from the DUNE universe

Combine Honnete Ove Advanced Mercantiles (CHOAM) controls all economic affairs in the cosmos and is the largest form of wealth to the Old Empire. In 1980, author Frank Herbert compared CHOAM with OPEC, an intergovernmental organisation in the petroleum industry.

CHOAM was created by the Padishah empire’s political and military forces due to the formation of the Space Guild, which was founded by Komn refugees who held exclusive rights to “faster than light space travel”. Due to this, CHOAM can only trade with the co-operation of the Guild.

As with most public companies, CHOAM consists of shareholders, all of which are nobles from the Landsraad. Membership, however, was limited to feudal governments who ruled over at least one planet, or any house that did more than 500m solari’s worth of trade through the Guild in a year. And while the Great Houses hold the directorships, the Emperor can give and revoke them at whim.

The vision behind its creation was to have a monopoly on intersystem trade, whereby one per cent of the gross profits would be collected each year and evenly distributed between the CHOAM members. For the weaker feudal states, shares were based on trade not within their own system, over ten years. This would leave the emperor with only 20 per cent of the shares. There was also a stipulation that were you to attain membership you could never fall below one share in fee corporation.

CHOAM had great influence in creating the connection between the Great Houses and off-world trade, leading the empire into a 500-year period of economic growth. 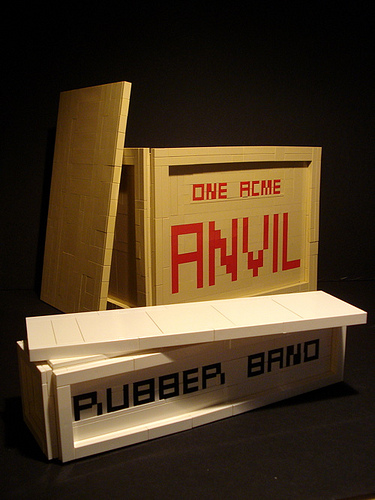 Probably one of the most famous fictional companies out there. The Acme corporation spans across several TV series, cartoons and films, which is one of the reasons why it finds itself so high up on the list. The company is perhaps best-known for its appearance in the Looney Tunes universe.

No one will ever know who founded the corporation or when, but it made its first appearance in Looney Tunes’s Buddy cartoon.

Acme seems to be a conglomerate which makes incredibly dangerous products that are known to fail at the worst of times. Those explosives used by Wile E. Coyote to (attempt to) blow up Road Runner? Yup, made by Acme. But they do far more than just make dynamite. Indeed, whatever Wile E. wishes for, Acme can create.

Given this fact, most would find the company name to be ironic. It is derived from the Greek word acmé, which means peak or prime.

However, their delivery service is next to none. We’ve all seen the coyote drop an order in the mailbox and have it in his hands in a matter of seconds.

Known for catchy jingles and catchphrases, the Sirius Corp. is a manufacturer and supplier of androids, autonomic assistants and robots, across the universe. Some of their creations include depressed robots, annoying ringtones, evil Bill Gates, Uggs and smart Happy Vertical People Transporters.

The company also seems to only have two divisions: marketing and complaints. Unfortunately, their marketing department is described in the novel as “a bunch of mindless jerks who were the first against the wall when the revolution came.”

And just like Acme, their product quality leaves much to be desired. However, any design flaws are always covered up by the marketing team.

Meanwhile, the complaints department seems to be the most profitable of the two divisions. It’s also so large that it expands across the entirety of the first three planets in the Sirius Tau system.

There has been a lot of talk abut Sirius Corp merging with Microsoft in the future. 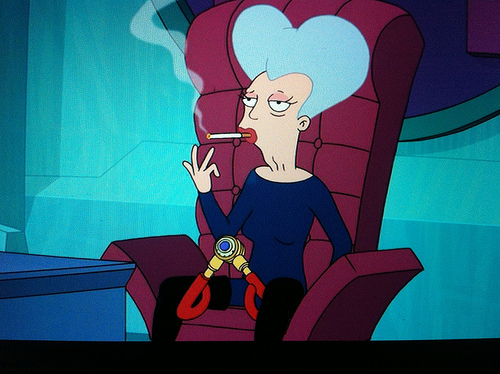 4. MomCorp – a fictional business from the future

As the company name suggests, MomCorp is owned by, well, Mom. Her name is really Carol, but one rarely hears her being called that. This CEO is known to be extremely cold-hearted. However, she maintains a sweet and kind profile in the public’s eye, courtesy of her PR team.

The corporation mostly focuses on electronic al goods, such as hairdryers, coffee machines, toasters and spaceships, but they are primarily known for their Friendly Robot Company subsidiary, which focuses on manufacturing most of the world’s robots.

They also produce robot related items such as oil and parts, and holds patents to a number of words, including ‘Mom’, ‘love’ and ‘screen door’.

Mom owns 99.7 per cent of the company while her sons Walt, Larry and Igner each get a meagre 0.1 per cent.

Much like other conglomerates, the company has absorbed many competing companies such as Plan Ex.

Not much is known about whether Richard Rich Sr started the company or when.

However, Rich Industries is a multinational corporation located in Richville that produces a wide variety of products.

They also have a head of science called Professor Keenbean who creates some of the oddest decvices, such as the Smellmaster 9,000. 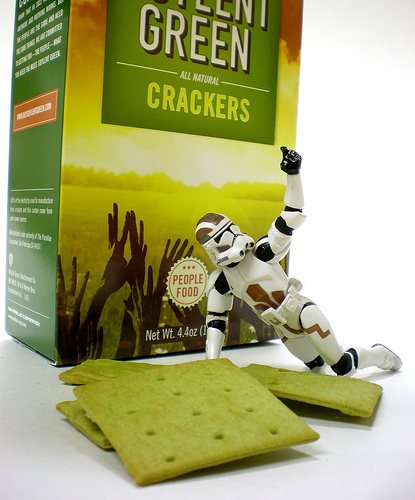 In the year 2022, the Earth becomes overpopulated, with 40m people living in New York City alone. Due to this fact, food and working technology is a rare commodity.

It doesn’t take long for natural food, such as fruit, vegetable and meat, to become extinct.

Out of necessity, the Soylent Corporation discovered a new form of food source to help people, and supply them with rations.

These rations, especially the corporations Soylent Green, come in the form of wafers that contain high-energy plankton” from the world’s oceans.

However, their products are wrongly advertised as plankton can no longer be produced. Instead, the product is made using human remains.

The Very Big Corporation of America is… very big and very evil.

The company is intent on taking over companies, with a fixation on the finance sector.

To this extent, a wide range of firms are under their control, including D.Crepid Holdings, A. Maze and Lee, V. Rich and Son and O. Verpaid Associates Ltd.

No one seems to want to work there and employee’s even try to keep their bosses locked away in safe’s so they won’t come to harm.

But who wouldn’t? Working condition are horrendous, with employee’s actually rowing oars as slaves to a Big Corporation employee’s drums. 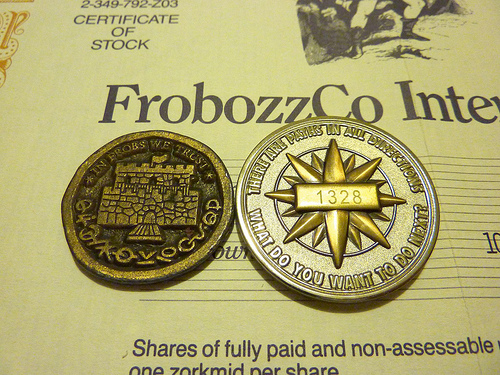 Frobozz reached its peak when entrepreneur John D. Flathead graduated from Borphee Business School and sold his invented companies to Frobozz. After only three years, Flathead Industries had an annual income of 80m zorkmids, and was eventually bought by the corporation to form parent company Frobozz Magic Corporation in 743 GUE.

Flathead quickly became one of 39,000 vice-presidents before joining the board. His brother, Dimwit (unfortunate name), became King, and also sold all of his projects to Frobozz.

And in 789 GUE, the company controlled every zorkmid of commerce in the Great Underground Empire. TA this point in time, the company had a monopoly over every magical scroll, staff spell or device that was produced in the realm of Quendor.

Unbelievably, Frobozz has 17,000 subsidiaries! And, quite righty looking at the numerous companies in its grasp, the corporations motto is: “You name it, we do it”. 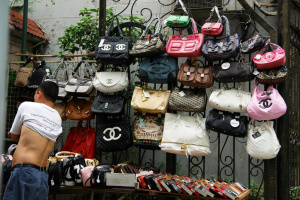 Italy on the offensive against Chinese counterfeits 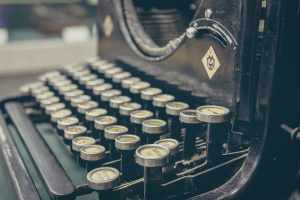 What is content marketing, and should you use it?