Yes, that’s right, it’s the Maybot! MPs and Party members are relentlessly suckered in…..and nothing emerges….Even now, post her most recent crawling round Berlin, Paris and Brussels, it is still red hot. Tory MPs huff and puff here, there, and everywhere but do they break free? No. They remain (sic) irresistibly attracted to the idea that if only somehow they can extinguish the Black Hole their lives will return to normal. Brexit will still happen, the constituency of Tory voters will forgive and forget.

The tea rooms and the terraces of the Houses of Parliament will once again be populated with happy soles gossiping away about nothing in particular. Fools! Of course the power of the Black Hole is constantly replenished by just about all our mainstream media.

Is the ‘no-deal’ Brexit fear overblown?

24/7 we are drip fed the message that No Deal would be a disaster of such magnitude it is not even worth debating. That’s business can’t/won’t cope. That shortages of everything from bog paper to Viagra is a given and civil unrest is inevitable. We are told that our economy is withering in front of our eyes and right now team Brussels is ushering in a new era of prosperity and harmony all over the 27.

The nonsenseometer is running at 100mph. My personal favourite (if that is the word) purveyor of this constant claptrap is, of course, the Financial Times. Yours may well be the British Broadcasting Corporation, which is well on the way to renaming itself the Brussels Broadcasting Corporation. You may well ask why do I keep reading this bizarre, pink coloured, newspaper?

Will the world stop turning?

The answer was supplied by the brilliant Anthony Hilton in his very kind Evening Standard review of my book “The City Grump Rides Out”. He said “An editor of this newspaper said years ago that the way to keep readers loyal was to enrage them at least once a fortnight so they would say that they would never buy the publication again. That way they would always come back to see what further calumny or idiocy would unfold”. Anthony, being an ardent Remainer, reasoned that is why he keeps reading the City Grumps!

Unfortunately, the FT has been perpetrating calumnies much more than once a fortnight. Today’s prize propaganda exhibit is a whole page on how Portugal is fast becoming the Brussels poster boy for “Breaking free of austerity”. The nonsensometer has gone into overdrive with this one.

The E.U from the other perspective: Life on the continent

Having owned a house in the beautiful Douro Valley since 1983, I have followed the fortunes of this delightful nation, upfront, for more than three decades. The Pink’un scribblers declare isn’t it wonderful that unemployment has halved to 6.7% thus conveniently overlooking the fact that, quote “hundreds of thousands of mainly young, skilled workers, emigrated- a loss of more than 4% of the working age population between 2008 and 2016”.

In the village where our house is the streets used to be filled with locals out and about enjoying themselves. Now only stray dogs are left. The boss of the Symington Group (owners of Dow, Graham, Warre, etc) told me that in his Douro village not a single child has been born in the last two years.

In reality, the only industry that is growing rapidly is tourism and that is because Brussels has channelled some of the surpluses of its Northern member States into building superb roads, tunnels, and bridges and subsidising the development of much-needed tourist facilities to the tune of 70 cents in the euro.

The UK economy has largely defied Brexit fears, but remainers are slow to report this. Meanwhile, tucked away on page 3 of the same edition, the FT timidly reported that the UK economy grew much faster than expected in the three months to February “despite forecasts that Brexit uncertainty would lower activity during the first quarter of the year”.

Political stagnation in the UK, thanks Miss Maybot…

Indeed manufacturing output during February rose to its highest level since the crash in 2008. So, on the one hand, we have the likes of Portugal which has lost many of it brightest and best (just like France has to London for years now) and flatlining at best, and on the other we have the UK continuing to grow in population and production.

Into this favourable environment we have two old school political Parties staggering around, trying to lay punches on each other, and duly becoming a bad joke.

Not to mention a Prime Minister that is neither Prime or a Minister, just a Maybot. The electorate will not forgive and forget this horrible spectacle. If the more forward-thinking MPs still want to be returned to Westminster in future they had better start looking to get out and build new Party structures now before they are washed away in their present dwellings. 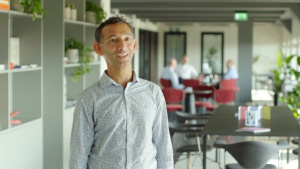 How workplace design drives productivity for employees of all ages