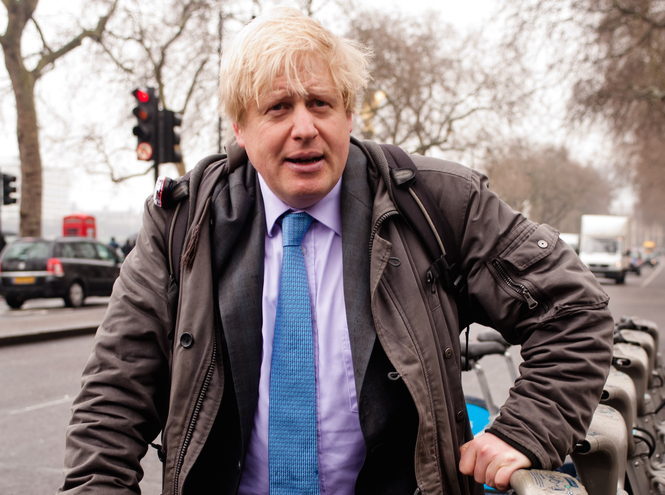 When Johnson came into power back in 2008 as the second mayor of London, he was just the fluffy-haired guy who went to Oxford with David Cameron and had edited The Spectator. Now, over eight years later, he has become the face of London and its efforts to grow as a centre for economic prosperity.

His decision to run as MP for the Conservative stronghold of Uxbridge and South Ruislip during the 2015 general election means we will have a new London leader when the mayoral elections themselves happen in May 2016. Johnson has confirmed that he?ll be staying on as mayor until his term ends, combining both jobs. Despite being a Conservative himself, Johnson has often not been afraid to stand up to the government as he sought to push his own rhetoric when it came to topics such as business investment, travel infrastructure and housing development. But, whether you are a fan of Johnson or not, can his eight years in power be deemed a success or failure when it comes to championing the efforts of entrepreneurs and businesses? From overseeing the hosting of the London 2012 Olympic Games to rolling out the city?s cycle hire scheme, his time in power has been punctuated by some big events. But what of business promotion and establishing policy that aids people at the helm? A cursory look back through his time in office reveals little in the shape of business-friendly policy. While his overseeing of a wildly successful Olympic that undoubtedly boosted the tills of many business large or small, when we think of Johnson?s time in office it will be other subjects that spring to mind.

He will be remembered for rolling out London?s cycle hire scheme (actually predecessor Ken Livingstone?s idea), brining back the Routemaster bus, introducing an ill-fated cable car in the east, battling with the transport unions and?constantly talking about his alternative to extra runways at existing airports ? Boris Island. Read more about Boris Johnson: One thing he has done is continue to?improve and support the Tech City infrastructure currently being built in and around Old Street?? as well as throughout the rest of the city. From agreeing knowledge transfers with the likes of Dubai to creating London-focused investment pots for startups and leading trade missions to important export partners, there?s no doubt that early-stage businesses now find life easier going in the capital. There are many that have earmarked the business secretary position for Johnson, if he doesn?t go for the prime minister spot itself. However, it is hard to draw up an argument for the current mayor to hold that role considering most of his achievements while in office could be considered ?vanity projects?. Johnson?s apprenticeship effort does seem to have borne some fruit, with 20,000 employers in London now using apprentices. Funding, like in the rest of the country, is available to incentivise businesses into taking on youngsters in need of training ? but it must be said that a considerable amount of promotion has been made by the mayor?s Greater London Authority. Startup funding has been centre of much Johnson has attempted when it comes to business during his time in office. Earlier in December,?the London Co-Investment Fund was unveiled, making ?25m from the mayor available alongside an expected ?60m from six private sector partners. The development came after Johnson pledged in his 2012 election manifesto to create a fund providing low-cost finance to SMEs. According to a statement, the pot of capital will invest in over 150 SMEs and create in excess of 2,600 extra jobs. Alongside that,?in November Johnson journeyed to Singapore, Jakarta and Kuala Lumpuras part of his latest efforts to ?promote London to the world as a major investment destination?. It remains to be seen what his jaunts around the globe in an enterprise promotion fashion will produce, as they are a long-play strategy, but by taking top business leaders, investors and academics with him he is definitely putting the cities best foot forward. One interesting development over the last year has been an increase to the London Living Wage to ?9.15 an hour. With the number of accredited companies paying out the London Living Wage growing to over 400 ? Chelsea Football Club being one of the most recent ? Johnson and the Greater London Authority is banking on the rise offsetting the cost of living in the capital and continuing with the influx of both service and highly-skilled workers. Johnson has also put his head above the parapet to lobby the government into protecting ?key business districts? that may have seen property turned over to the residential development sector. The City of London, South Bank and West End were amongst the areas to be safeguarded from policy which could have seen office space converted into housing without the need for change of use permission. When, because it?s not a case of if, Johnson becomes a member of parliament in May his attention will be further divided. Alongside doing core constituency duties, and possibly jostling for cabinet positions if the Conservatives are re-elected to power, how much love are London businesses going to get before he eventually hangs up his mayoral boots in 2016. Read more on our what to expect in 2015 focus: The coming year will see candidates from the Conservatives, Labour, Liberal Democrats and other smaller parties position themselves for London mayor election, and it will be interesting to see how well business figures alongside infrastructure, climate, housing and social issues in manifestos. If you have an opinion on how well Johnson has done as a mayor since 2008 then we?d invite you to leave your comments below. By Hunter Ruthven