With Brexit to happen come the 31st of this month, many business owners must be breathing a sigh of relief that it’s finally coming to a head, or trepidation that it’s actually happening, depending on their political stance.

The last year has been an emotional rollercoaster for UK businesses, where they faced threats of an economic recession, including an isolationist nation, that Brexit, some said, would cause.

However, in 2020 there are rumours of a financial boom, as Prime Minister, Boris Johnson promises to attract the “world’s most talented minds” to the UK economy.

With many businesses having pressed ‘pause’ since the outcome of the vote in 2016, with the promise of economic stability and even growth on the horizon, could now be the best time to start a new business or expand their current one?

New research from cloud communications provider Voxbone shows that Brexit may actually help drive overseas expansion as UK organisations look to sure up their presence in new markets. This comes despite past fears that Brexit would restrict such ambitions.

Brexit is fostering a global approach to UK business

“Britain’s global business community has one of the best reputations in the world, and it is encouraging to see that British business will continue with global strategies despite, and even because of, Brexit,” said Timir Patel, Head of Product at Voxbone.

According to Velocity Global’s State of Global Expansion 2019 report, 43% of UK businesses planning to expand overseas are doing so because of the economic uncertainty around Brexit – showing that while Brexit was seen as a negative factor, and a reason for some deciding to expand abroad, it’s actually encouraging UK businesses to take on a more global outlook.

Velocity Global’s research also found that recruitment of the best global tech talent is a key reason for expansion, with 42% expanding in order to recruit the best people.

Statistics show that the business community isn’t as hysterical about Brexit as the media would have us think. In fact, recent reports have revealed that many business owners place Brexit as only 3rd on their list of worries, with concerns around daily operations being higher priority.

The UK has a healthy startup climate

In a survey of decision-makers at 250 start-ups, commissioned by spend and expense management platform Soldo, 70% said they found the funding process easy. According to the research, Scotland is the best place to fund a start-up, with 93% also finding the process easy. Yorkshire and the Humber is the most difficult place to secure funding, with 46% finding it easy.

This follows news that despite Brexit, investment in UK tech reached an all-time high in 2019, according to data from Tech Nation and Dealroom. However, start-ups are struggling to spend that money on growth, with some 95% of start-ups facing difficulties in making spending decisions. 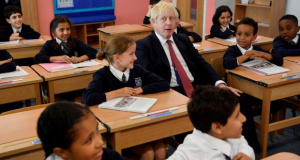 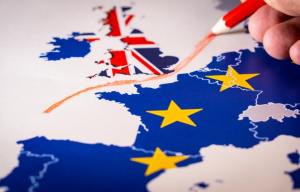 Lack of talent may lead to a recession, warn UK recruitment professionals