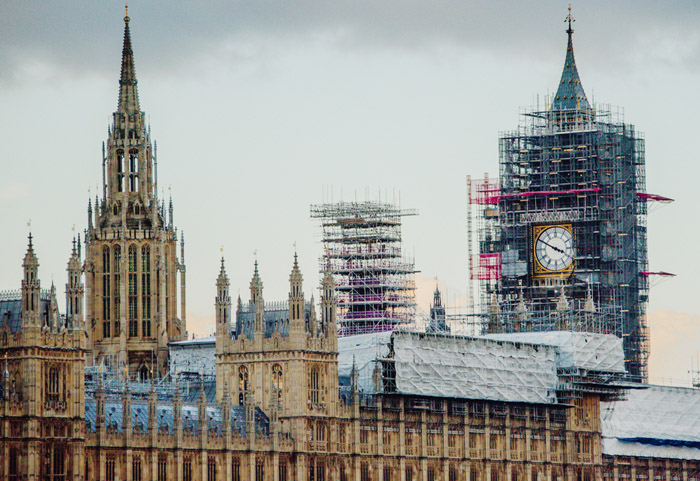 Share via
The opposition has tabled a vote of no confidence in the government, the prime minister is unlikely to re-paint her red lines, yet the clock will not stop ticking. A retraction of Article 50 may be the only way the country can avoid the so-called “cliff edge” Brexit, unless a second referendum receives backing. However, neither route is generating much enthusiasm from the top of the UK’s major political parties. Should MPs fail to agree a consensus on an outcome, leaving the European Union without a deal becomes the default position on March 29 2019. With that prospect looming, Carolyn Fairbairn, director general of the CBI, laid out the concerns of business after May’s agreement was voted down.

“Every business will feel no deal is hurtling closer. A new plan is needed immediately. This is now a time for our politicians to make history as leaders. All MPs need to reflect on the need for compromise and to act at speed to protect the UK’s economy.”

Although the reality of a no deal Brexit has been well-documented in the past months, many SMEs have not had the luxury of planning for the separate outcomes of an EU trade agreement or operating on World Trade Organisation (WTO) rules. David Webster, a partner at Russell-Cooke, explained why SMEs could be unprepared for a worst-case scenario. “Many companies, particularly those not at the sharp end in terms of genuine exposure to the export sector, will have been putting off planning for a ‘no deal’ exit. “For many, this will reflect the general feeling that it was unlikely, but also the fact that most SMEs simply do not have the luxury of being able to spend significant time, energy and cost on planning for what seemed like a very contingent risk.” Webster said that SME owners from across the political spectrum would struggle to have enjoyed such a resounding defeat of May’s deal. [article id=”129076″ title=”Deal or no deal”]

From an investment perspective, there are fears that May’s defeat failed to reassure potential investors of the UK’s attractiveness. Commenting on last night’s vote, Guy Ranawake, an investment director at Ingenious, said: “Parliament’s decision will create continuing uncertainty on the future relationship of the UK with Europe. This has a knock-on impact on the attractiveness of the UK to both domestic and international investors, particularly for illiquid investments. However, Ranawke added that May’s defeat would likely prolong Britain’s exit from the EU, and thus avoid any immediate shocks to current projects. He said: “It is unlikely though to have any immediate impact on commercial infrastructure operations; both internal infrastructure and the external infrastructure that is linked to Europe should continue to operate as normal at least through to March 29 and probably beyond, particularly as this vote means that it is now highly likely that the date of the UK’s departure from the EU will be pushed back if not indefinitely postponed.”

Tom Brown, managing director of real estate at Ingenious, said: “What started in June 2016 as a political and constitutional crisis has, with time, spread into the wider economy. In response investors seem to be biding their time and waiting for greater clarity before committing their cash. This is reflected in property markets where transaction volumes have reduced on account of a mismatch between vendors and purchasers’ expectations.”

“In the longer term, the UK will quickly re-establish itself as an attractive place to invest once confidence returns to markets.”

“What investors and business so urgently need is clarity for the longer term before markets can return to normal, which may be some time away. We’re sympathetic to those that think the Article 50 process should be extended to allow time for greater consensus to be reached on a cross party basis which will enable the UK to go back to the EU with a clearer account of what it wants. This now seems all but inevitable.”

The uncertain status of EU nationals has been fuelling anxiety among SMEs since the referendum in June 2016. Jonathan Beech, managing director of Migrate UK , in reaction to the MPs voting against Theresa May’s Brexit deal.  “Whatever happens next – whether it’s a renegotiation, another referendum or even a call for a general election – the closer we get to 29 March then the greater likelihood of a stay of execution for EU nationals and of Article 50 being delayed. “Despite the outcome, this unprecedented uncertainty, anxiety and concern is continuing over the future of EU national workers and their dependents as well as employers trying to safeguard the skills they need to grow their business in times of uncertainty. Beech urged employers struggling to stem a depleting workforce to take immediate action to safeguard their skills. “Where employers haven’t already done so, identify gaps in your current and future workforce and highlight whether they’ve got the means of remaining in the UK in the future, be this via a residence permit/card or settlement/permanent residency. “Companies with genuine skilled vacancies should consider applying for a sponsor licence so they have access to a wider pool of talent. In addition, every business must have the correct permitted documentation to employ EU workers no matter what the outcome will be between now and March.”

“In this climate of uncertainty we can expect to see many micro businesses struggle to survive or even dissolve all together as they lose access to the largest economy in the world, the EU which enables the opportunity to easily trade across borders,” Martinson explained.

“There are hundreds of thousands of British SMEs currently doing business in EU that may need to create their EU subsidiaries after Brexit. Similarly, many one-man companies will need to look for new legal options in order to continue selling in the EU. UK business concerned about this should look to set up virtually such as joining the e-residency programme allowing access to the EU marketplace post Brexit.”