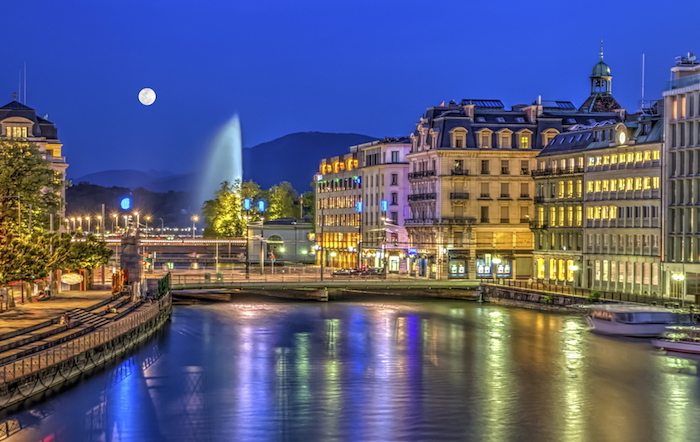 Share via
According to reward intelligence service ECA International, Geneva will leave your pockets particularly light as it topped the list of expensive business travel destinations. Indeed, the average that executives should expect to pay out each day in the Swiss city is $706 on average – and that’s just for one person. The sum comprises: Showing a pattern, Swiss city Zurich – the largest city in the country – was named the second-most expensive business travel location with a daily spend of $653 per person. “Swiss cities dominate the top ten most expensive destinations due to the relative strength of the Swiss franc against the US dollar when compared with other European currencies,” said Simon Franklin, daily rates manager for ECA International. “Geneva tops the European rankings this year due to its high hotel costs, which are partly due to high levels of tourism driving up prices. Four-star hotel accommodation in Geneva averages USD 373 per night, beating the second highest in the region, Zurich, by 10%.” As for country, the UK is up next as Central London is third on the rundown of expensive business travel spots, according to the findings. A day in the British capital will cost around $579 – 32 per cent more than in Brussels. Paris was close behind at just $577. Although, while Central London is in third, it’s a decrease as it was second last year. The cost has fallen by 13 per cent against the US dollar, with the pound’s fall in value around Brexit. “Tourism and international business travel to the city have been boosted by the pound’s decline,” Franklin added. “However, in local terms, Central London has actually become more expensive over the last 12 months with four-star hotels, meals and transport costs increasing, which is bad news for UK nationals travelling to the capital.” Catch the table of ten most expensive business travel locations and other breakdowns below: 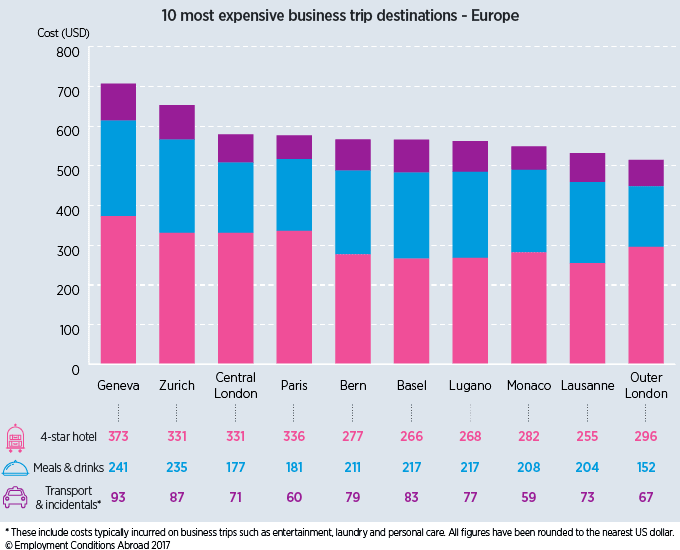 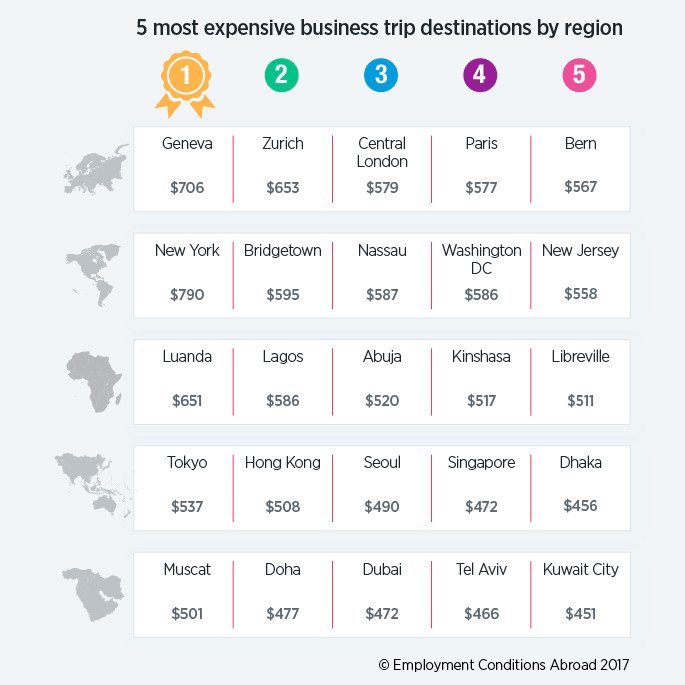