The Government has revealed two additional plans to help businesses affected by coronavirus.

The new measures are set to include a temporary relaxation of tax residency rules for overseas workers who are helping with COVID-19-related jobs. In addition, an extension to the cut-off employment date for furloughed employees has been announced.

Initially, the furlough scheme was only offered to employees who were on payroll by at least the 28th of February, 2020. It has now been said by Chancellor Rishi Sunak that this date has been extended to the 19th of March.

This change could see some 200,000 more employees placed on furlough in a bid to help businesses pay staff wages and reduce the need for employers to make them redundant.

Despite these changes, employers are still fearing they may have to make some employees redundant as they are yet to access the funds necessary to provide workers with their wages.

The Government has said HMRC has promised to release wages for furloughed workers by the end of April.

Furlough vs pay cuts: what options do employers have?

“Whilst the Job Retention Scheme is a helpful fall-back option for employers, it has its limitations. The underlying goal of the scheme is to avoid mass, immediate unemployment by supporting business in paying reduced wages to workers who might otherwise have been laid off without pay or made redundant,” comments Alex Watson, Director and employment lawyer at Fieldfisher.

Below he explores what options employers have at this difficult time…

“One of the most fundamental difficulties arises for businesses that have seen a reduction in work, but not a complete shutdown – workers are still needed, but often on reduced hours or shorter working patterns.

“These situations are harder for businesses to manage under the Job Retention Scheme, which is only available for workers who provide no work for their employer for a minimum of three consecutive weeks. Instead, some employers (for a variety of reasons) may ask their workers to reduce their hours, and therefore their pay, during the coronavirus lockdown and are not eligible to claim any of these wages under the scheme.

“Over the past four weeks, we have seen many different pay and working hour schemes operated by employers, including rotating furlough between groups of workers, varied “scales” of pay reduction, some elements of pay to deferred and repaid as a bonus in 6 months’ time, voluntary reduction schemes etc, and the basis behind each policy is often unique to each business.

“However, one heartening theme that we have seen throughout this difficult time for both employers and workers is a general underlying intention to seek to be fair and minimise the financial impact on workers, particularly those on the lowest wages and with least security.

“For this reason, we have seen several businesses choose to implement smaller temporary pay reductions across the entire workforce in order to avoid more dramatic wage reductions through furlough or redundancies.” 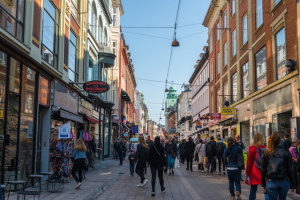 The major shifts ahead for retail 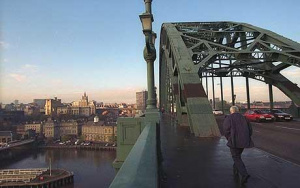