Finally, we appear to be nearly back to normal, with the dust settling from what was suddenly one of the most controversial elections.

Elections are notorious as a business killer – too many potential customers using the “decision after the election” excuse not to buy. In this case, Britain really believed that life could be dramatically different – either way in the unlikely event of a majority vote.

Like nearly every business I spoke to, we went very quiet for the two weeks previous to it, while many business owners were becoming a new but hugely forceful voice in the campaigns.

Labour received a huge vote of no confidence from the business community and many believe that in the end it was this that was the party’s nemesis. It totally misjudged the power of the business community, and totally failed to present the party as credible supporters of business and the economy – resulting in business leaders fleeing its ranks. The Conservatives’ campaign placed the party clearly as the representative and supporter of business.

Now David Cameron has to deliver. In his immediate cabinet formation, he took a big step towards this, created a new role of minister for small business. Britain’s SME’s rep at the cabinet table, Anna Soubry, is not known to be shy in coming forward. If nothing else, this is a recognition that we have a voice and have earned the right to be heard.

She is also one of seven women in the cabinet – the largest female representation ever and a practice what you preach move towards equality in the boardroom. That said, we are still only 42 on the world list of equality in government, but it is a step forward.

Meanwhile, with the fall of Vince Cable, it has come to Sajid Javid, the new busienss secretary, to carry forward the Conservative pledges to commit to the Small Business Bill, and cut red tape. Javid aims to make Britain the best place in Europe to start and grow a business, which in turn will created two million more jobs over the next five years.

This will be necessary to prevent the growth of unemployment, which is set to grow even in a healthier economy, from other factors including growth of population, people staying in work longer as they grow older and so on.

Javid pledged to “always back” Britain’s small businesses as they are the success the whole economy is built on. That is a big promise. In his sights are the burden of red tape for business and a massive easing of the heavy handedness of regulators. He also plans to create a Small Business Conciliation Service for disputes to relieve the failing British legal system and settle disputes between small and large businesses, especially aimed at the big businesses who have become notorious in their late payment of small companies, which has pressured small businesses up and down the land.

As Alan Sugar is seen to join the ranks of the hasty deserters of the Labour business supporters, the business community waits anxiously for the delivery on the promises we have supported, and a brighter future for Britain. First moves by both appointing Soubry and Javid’s pledges this week are encouraging. A £10bn cut in red tape on small businesses would be a huge, huge step in a secure future for the battered survivors of Britain’s recession. 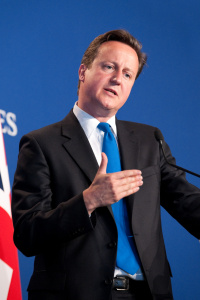 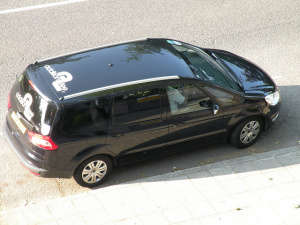