In addition to developing cars that allow Germans to reach unrestricted high speeds on the Autobahn, BMW also has its eye on innovation with BMW i Ventures (BMW i) – the venture capital division of the business which jumpstarts new ideas.

With senior BMW i team members spread across Munich, Silicon Valley and New York, the Big Apple houses an incubator that serves as an open workspace for creative startups.

In the company’s own words: “We are seeking startups with the potential to create a lasting impact in the area of mobility services, primarily through cooperation with the BMW i brand. Additionally, these startups should have a strong focus on improving personal mobility in urban areas – automotive or otherwise.

“Whether it be intermodal travel, smart parking, recommendations, communication or other avenues, these services should deliver innovative and intelligent benefits to today’s growing urban population. With access to BMW Group resources and the ability to act with the speed and agility of a startup, BMW i Ventures aims to build strategic long-term partnerships through our investments.”

UK-based JustPark is one such company that has secured the support of BMW, which invested in the online car parking service for a minority stake back in 2011 when the business was still called Parkatmyhouse.

Part of the sharing economy, JustPark supports both land owners and drivers. The former can rent out their parking spaces (driveways etc), while the latter can find cost-effective alternatives to car parks.

Those lucky owners of an #AppleWatch just got even more lucky. JustPark Now On Apple Watch: http://t.co/ZNTKkTIKRc pic.twitter.com/ji0MsGYOcu

At the time, Bernhard Blaettel, VP of mobility services, BMW Group, said: “This is the second strategic investment from BMW i Ventures and it’s a great example of why BMW i Ventures was set up in the first place, because it gives us access to great innovations such as ParkatmyHouse [JustPark].”

Of course, JustPark is still going strong today. In August 2014 it was revealed that the company would be developing a dashboard app for BMW-owned MINI to let drivers find and pay for parking spaces based on their location in real-time.

And in March 2015, JustPark founder Anthony Eskinazi spoke to Real Business following the company achieving a record-breaking crowdfunding round of £3.7m from 2,900 investors, which marked the largest technology crowdfunding round in UK history.

Elsewhere, BMW itself has developed its own startup with DriveNow. The car-sharing venture was created alongside car rental company Sixt back in 2011, allowing business users and consumers alike to hire a BMW or MINI at the spur of the moment – even if it’s only for a few miles.

After initially expanding across German cities including Munich, Berlin, Dusseldorf, Cologne and Hamburg, it launched globally and entered San Francisco and Vienna before debuting in London in December 2014.

Since that time, the sharing economy has received an increased amount of awareness, demonstrated with the launch of trade body the Sharing Economy UK (SEUK), and the government pledging to use the channels for business travel.

DriveNow UK’s business development manager Rosie Thompson-Agnew explained that the London launch has comprised a fleet of 270 vehicles including the BMW 1 Series and MINI Countryman, though it was newly bolstered by the arrival of 30 electric BMW i3s in May.

Launching in Germany and London required different approaches, however. A city-by-city strategy was applied in Germany, but the UK’s capital is being dealt with on a borough-by-borough basis as the marketplace grows.

In particular, it was northeast London that DriveNow chose to focus on.

“We launched in Hackney, Islington and Haringey because they’re all interlinked, and we wanted it to be a fluid service where people could travel within the boroughs for short journeys,” Thompson-Agnew revealed. “We’re now in Waltham Forest too.”

“There’s no minimum journey time – you can drive by the minute, hour or select hourly package options in the car through the in-car screen. You can park and end your booking in any resident’s bay or pay and display space within the four operating boroughs, so you can travel one-way and don’t have to bring the car back to the same parking space. We’ve evolved car sharing.”

In terms of the business use, there aren’t any restrictions on the size of the business, which seems appropriate given that DriveNow is very much a startup while BMW is fully established.

“I look at small, medium and large businesses, as well as individuals. It’s very much for companies who want a cost efficient and sustainable alternative to fleet/hire cars or taxis,” Thompson-Agnew said.

“I work with quite a lot of companies in shared offices, but clients can have anything from ten people to 1,000 people. Some companies will say ‘we’ve got partnerships with other car clubs already, so do we need this?’ But we offer something that’s different and you don’t need to book in advance as DriveNow is all on-demand, with no need to know how long your journey is, and no annual fees once you’ve registered. You can use the service as and when you want.”

When it comes to DriveNow and BMW’s role within the sharing economy as a whole, she added that it’s about connecting with other businesses with similar ideas to create services that are yet to exist – aided by the market’s flexible and spontaneous nature.

In March Real Business spoke to Alexandra Depledge, Hassle.com CEO and SEUK board member, who explained that the trade body’s goal is to define the meaning of the sharing economy while raising the profile of businesses and uniting them in the process.

Of the SEUK, Thompson-Agnew said: “I think it’s a really good way forward. For me, it’s really important that businesses, startups and entrepreneurs connect with each other and can benefit from one and other’s services. If small businesses work together, they’re much more likely to flourish because they can work together and utilise the services of businesses they are in partnership with.”

There’s a long road ahead for DriveNow UK though, especially in comparison to the German parent operation which has a strong following already – it topped 100,000 users in Munich alone back in February.

“In London it’s a new service, so there are challenges in explaining the flexible, on-demand, one-way concept to customers. It helps that there are real issues with the cost of owning a car in a city, like insurance, for example.

“We try to make the service open, so as long as you’re over 21 and have had a driving licence for two years then you can join,” Thompson-Agnew said, detailing how the company will look to overcome challenges.

It costs £29 to register to DriveNow while cars are unlocked and activated with a customer card – or alternatively, compatible iOS and Android smartphones can be used. The rate of hire is then 39p a minute with a £20 cap for the hour and cars can be parked for free within relevant boroughs.

Despite the omnipotence of BMW, it will have learned valuable insights from BMW i projects on the best approach for a young company to take when tackling such a new and competitive space, which makes for an interesting mix.

It’s especially handy for DriveNow which gets the best of both worlds to innovate on its own steam, just like any other startup – albeit one with a doting parent behind it to provide support and structure where necessary. 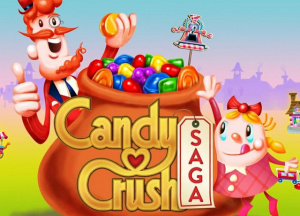 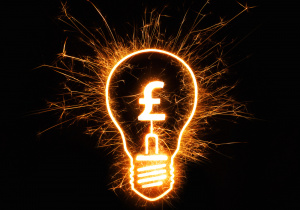 A look at the most active UK equity investors in the seed, venture and growth space during 2014