It’s week three in Lord Alan Sugar’s Academy for Backstabbers, Boadiceas and Backbiters (honestly, the way they chant: “Good morning, Lord Sugar” like a bunch of 12-year-olds hauled in front of the headmaster is nauseating). Last week, Alex Britez Cabral was expelled, leaving just 14 in the running for ol’ Sugarplum’s £250,000 investment.

Has the tweak to the format changed things much? Not really. It’s still a pretty sickening display of adults behaving like spoiled, ADHD-riddled children kicking and pinching each other, desperately trying to win Lord Sugar’s approval. But. But there are entertaining bits. We’ve done our best to cut through the whingeing/snivelling/ bowing/scraping/brown-nosing to bring you those. Here goes…

The teams are given nine hours to source and buy ten items for the Savoy Hotel, armed with a business directory, a map of London and £2,000.

Team Logic and Team Venture are taxied over to the Savoy Hotel. Closed for the past three years while being restored to its former glory, the Savoy’s grand re-opening is in just a few days and Lord Sugar wants his minions to go shopping for the last few items on the hotel’s must-have list.

After mixing up the teams a bit (no more boys v girls) and impressing the importance of bargaining in this task, his Lordship is off and so are the teams. Nine hours to find ten items with a budget of £2,000 – surely not impossible?

Team Logic sure made it look that way. Under Gavin Winstanley’s leadership, they managed to faff and flap and fiddle and fight for THREE HOURS before actually doing anything.

When they finally hit the streets, things swiftly went from bad to worse. With Vincent “Wideboy” Disneur, Ellie Reed, Zoe Beresford and Natasha Scribbons on the hunt for steak, ice, loo roll (and some other bits – I forget), Gavin took the remainder of his motley crew (Melody Hossaini and Tom Pellereau) in search of a cloche (oh, the cloche! A good start might be finding out what a cloche is before going on a wild goose chase around London to find one), loose-leaf camomile tea, a length of organza and a top hat. It became very apparent, very quickly, that this was not Team Logic’s day. Blame it on gormless Gavin (muttering “let’s all just chill out” while your team mates tear each other apart is not effective leadership); blame it on Vincent’s control-freak tendencies; blame the cloche – Team Logic looked the losers from the get-go.

In the meantime, Team Venture, under the stewardship of 21-year-old Susan Ma, took flight in spectacular fashion. Maybe it was the luck of the Irish – Jim “Irish Eyes” Eastwood gave budding salespeople up and down the country a comprehensive lesson in charming your way to a sale. A little cringeworthy when he started hugging suppliers, but highly effective.

Perhaps it was simply that Team Venture didn’t flap around in the boardroom for three hours before they hit the streets. Either way, little Susan Ma lead the team brilliantly (though her bartering skills need a lot of work – 1p off a £350 top hat? Really?), with minimal fuss and no ego.

Jim’s bartering in the butchery was a sight to behold. His light-hearted but persistent banter had the butcher agreeing to parting with 7kgs of his finest steak for a steal before he even knew what had hit him. Great sales patter; awesome TV!

With Team Logic struggling to find leads (after two hours), Natasha decides to “take action” by phoning a competitor hotel and, wait for it, asking them to fax over their procurement list. Karren Brady was nice enough to call Natasha’s move “naive”. I call it out and out stupid. I wasn’t just cringing; I was covering my eyes and hoping a cartoon piano would fall from the roof and put her out of her misery right then and there. She’ll be kicking herself for that one for a while.

Team Venture. The team bagged nine of the ten items, spent just £1381.69, and were rewarded with a circus-style private cabaret at an exclusive venue in Covent Garden (which seemed to involve semi-clad gymnasts performing borderline soft-porn manoeuvres on the dinner table. Interesting choice, Lord Sugar…).

(No suprises here) Team Logic’s (anti)leader Gavin. While Team Logic only lost by £8 in the end, they only managed to secure six items off the list of ten, and the animosity and infighting among the team members was obvious in the boardroom. As Lord Sugar pointed out, Gavin “had no game plan”, “let his team run riot”, and “let the task get out of hand”. That pretty much sums it up, really. Poor old Gavin: ineffectual, illogical and, in the end, in a cab and on his way home.

An interesting task – it wasn’t just about getting the goods and getting back to the boardroom on time. It tested the teams’ bargaining skills and their leaders’ ability to delegate, make quick decisions and keep egos in check. Susan really had the easier of the two teams when it came to leading and, in fairness, the suppliers her team chose were wildly expensive (buying organza in Mayfair will never yield a bargain, Susan).

But that’s neither here nor there because Lord Sugar has spoken, Gavin has walked, and now there are 13. At this stage, folks, It’s anyone’s game…

Three reasons why you absolutely must attend the Entrepreneurs’ Summit 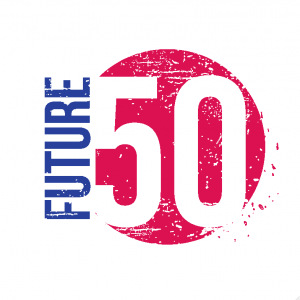