“I will not let you down”, said Prime Minister Boris Johnson as he addressed the nation this morning following a landslide conservative victory. – Was he talking to UK businesses as much as the general public?

The Tory win was unsurprising for many, as Johnson’s opponent Jeremy Corbyn’s did little to prove there was much support for the business community during his campaign.

Corbyn’s statements about taxing big business, raising income tax, and nationalising many industries, no doubt made many business owners feel that a Labour victory in 2019 wouldn’t offer them much.

But how about smaller businesses? Will the UK’s 5.7 million SME owners really fare better under Johnson’s government?

The 31st of January 2020, is the so-called “B-day” for the country’s long haul departure from the EU.  The deal or ‘no deal’ tennis that has been battled around parliament has left many people in the dark regarding how they should prepare their businesses for Brexit:

“Getting Brexit done is the fundamental key in helping to move the country forward economically, socially and politically. For too long this nation has been divided and paralysed by the indecision and ineptitude of its leaders. But the notion that a finalised divorce from the EU will be achieved by 31 December 2020 is laughable.” says Jo Sellick, Managing Director at Sellick Partnership.

Is Brexit (in any form) good for business?

The EU departure may now be an irrefutable prospect, however, the UK remains caught between a hard and a soft option where it’s still unclear what kind of Brexit Johnson is pushing for.

Leaving with a no-deal, however, will undoubtedly leave dents in UK businesses. For example, the Society of Motor Manufacturers and Traders said that a WTO exit would lead to UK car production falling by more than a third.

But how about businesses on the smaller side? We already know many UK SMEs are involved in the export economy, so a hard/no-deal Brexit would cause them great harm.

However, has Johnson said that Brexit would allow small businesses in whatever industry to“focus on what you do best – spurring innovation, creating jobs, stimulating growth”. How they will remains to be seen.

Labour’s radical tax plans, were another likely reason for their loss. From the start, Corbyn claimed the party plans had been  “very straight: 95% of the population will not pay any more income tax; the richest 5% will pay a bit more, the biggest corporations will pay more”.

What the tories are promising SMEs

A business guide to the Labour and Conservative manifestos Read more

Such a statement likely solidified the feeling that the business community felt singled out by the labour party.

Talks surrounding plans to raise taxation from £48.6bn to £82.9bn a year was certainly an unnerving prospect generally. And while the Tory manifesto included provisions for enterprises such as more startup loans, labour seemed to lack any entrepreneurial policies in their own.

“Employers share the Prime Minister’s optimism for the UK and are ready to play a leading role. They can bring the innovation, investment and jobs for a new era of inclusive growth,” says Carolyn Fairbairn, Director-General at CBI.

Other business owners seem to hold similar views hoping that the win will bring a more tax positive outcome:

“The standard rate of business tax is at its highest level since 1990, at over 50%, and is a major issue for businesses across all sectors of the economy, so a review of rates will be well received”,  states Bea Montoya, Chief Operating Officer at Simply Business.

Many contractors are demanding the government to review the IR35, a complicated set of tax legislation that is designed to combat tax avoidance by workers, and the firms hiring them.

“Having a complex employment status test at the heart of the tax system hasn’t worked for 20 years under the intermediaries legislation and hasn’t worked under the new rules in the public sector either,” reveals Dave Chaplin CEO and founder of ContractorCalculator.

“The Off-Payroll rules in their current proposed format create an unfairly burdensome scenario which has the potential to poison the entire engagement process between contractor, client and agency. It will force thousands of contractors into false employment, expose self-employed contractors to excessive taxation as well as depriving UK plc”, continues Chaplin.

And he is not the only one who raises these concerns, John Bell founder of  ClarkeBell insolvency had this to say:

“The Conservative party pledged to review IR35 in the run-up to the election and now we need to hold them to account that the promise of a review was not simply an empty promise made in order to secure the contractor vote but a genuine intention.

“If the reforms are rolled out into the private sector it will have a huge impact on businesses and contractors we need a review into IR35 as a matter of urgency as the uncertainty is having a crippling effect on the livelihoods of many contractors as well as impeding hiring decisions by firms”. 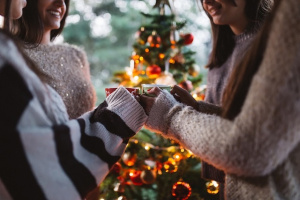 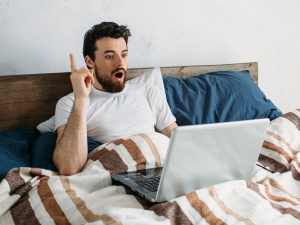 The hidden benefits of having colleagues on leave