50 years ago, Seymour Papert had a vision that children should be programming computers. Logo, his revolutionary programming language, was the very first designed for children, and with its famous turtle, Papert brought programming to millions of children. However, when he spoke about children using computers as instruments for learning and for enhancing creativity, the idea seemed to belong in the world of science fiction.

As so often happens, what was once thought radical has become commonplace. And yet, 50 years on from Papert’s original vision, we find ourselves frantically trying to bridge a yawning digital chasm. Despite belonging to the most tech-savvy generation that has ever been, many young people don’t have the opportunity to capitalise on what’s available to them in their expanding and diversifying digital world.

As Maggie Philbin said in her excellent report Digital Skills for Tomorrow’s World, “We have to make sure everyone in the UK is equipped for the digital revolution. Not just a fortunate few.” That this needs saying 50 years after Papert is an indication of just how far we have yet to go. The report valuably underscores the need for collective action to “change perception, build confidence and demonstrate the value of collectively nurturing a truly digital generation”. Without such common purpose, we will stifle our own potential, fail our young people and choke economic growth.

We at last have a computer science curriculum that is fit for purpose: the new curriculum encourages computational thinking and regular purposeful programming from primary through secondary. But how do we inspire young people to see technology and its related applied sciences as a future they can create? How do we encourage them to become productive creators, creative producers, rather than mere passive consumers of digital products? How do we engender the spirit that pervaded the industrial revolution to flourish in this, the technological revolution?

The new computer science curriculum is a step towards bridging the digital divide. But, despite the ongoing work of Computing at School (CAS) and the Chartered Institute for IT (BCS), there isn’t yet a massive of body of teachers out there who are equipped to teach this new curriculum. And teaching is never just about teaching; it’s about having the confidence to inspire young people with the possibilities – creative and career – that digital skills opens up. It’s about instilling the right attitudes which, when married to these skills, excites the young person to aim for a meaningful and fulfilling career.

Chris Mairs, chairman of Code Club, said recently “every company is a digital company and almost every job is a digital job.” Our challenge is to create a tech eco-system comprising partnerships between schools, colleges, universities and industry to enrich the opportunities available to young people, both curricular and extracurricular.

The recent nationwide Appathon run by Sherry Coutu’s Founders4Schools is an excellent response to the challenge. With mentoring from industry, school pupils up and down the country created app ideas which were then turned into prototypes by University Computer Science students. What better way to give pupils the confidence to use their skills to create digital ideas. It’s essential that pupils feel they are a part of the creative process. Confucius’ maxim, ‘I do and I understand’, still holds true.

However, digital skills and digital literacy shouldn’t be seen as the preserve of the computer science classroom. Of course, coding skills are more likely to be learned there, but digital literacy should be embedded across the curriculum, as the 4th literacy. There is an increasing desire from teachers and industry for more cross-curricular project-based learning, which gives centre stage to creativity, collaboration, entrepreneurship and self-directed learning. By embedding programming skills into open cross-curricular projects, those skills become much more part of the student’s overall learning process, and not an insulated part of the curriculum.

We can see examples of exciting and useful work being done to plug the skills shortage from a host of innovative organisations, such as General Assembly, Maker Academy, Decoded, FreeFormers, Code Club, Kuato Studios, the Ada Lovelace Academy, Innotech. These organisations are all striving to demystify technology for companies, schools and universities – helping each to understand and realise the potential of digital technologies. Mentoring networks like Russ Shaw’s Tech London Advocates are also incredibly helpful to education providers and young people. Every city with a tech hub should have one!

Exposing learners of levels to industry is the key. Collectively, we must become better at making careers in a digital economy more visible. Too many young people are still unaware what working in tech might involve. Universities must become more innovative, more nimble, in their approach to digital skilling up – short focussed courses along the lines of Maker Academy, and industrial placement programmes. Building the digital confidence of parents as a young person’s primary educator shouldn’t be forgotten.

And we must reverse the negative trends around women in Computer Science. According to a recent Google report, “encouragement and exposure are key controllable indicators for whether or not young women decide to pursue a Computer Science degree”. Finally, we should consider embracing open source, as Decoded is doing, so that educators globally can bring programming skills to life in the classroom.

45 per cent of jobs will disappear because of technology, but for every job that disappears, two more will be created. They are there for the taking for those who have the right skills. 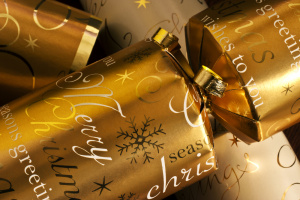