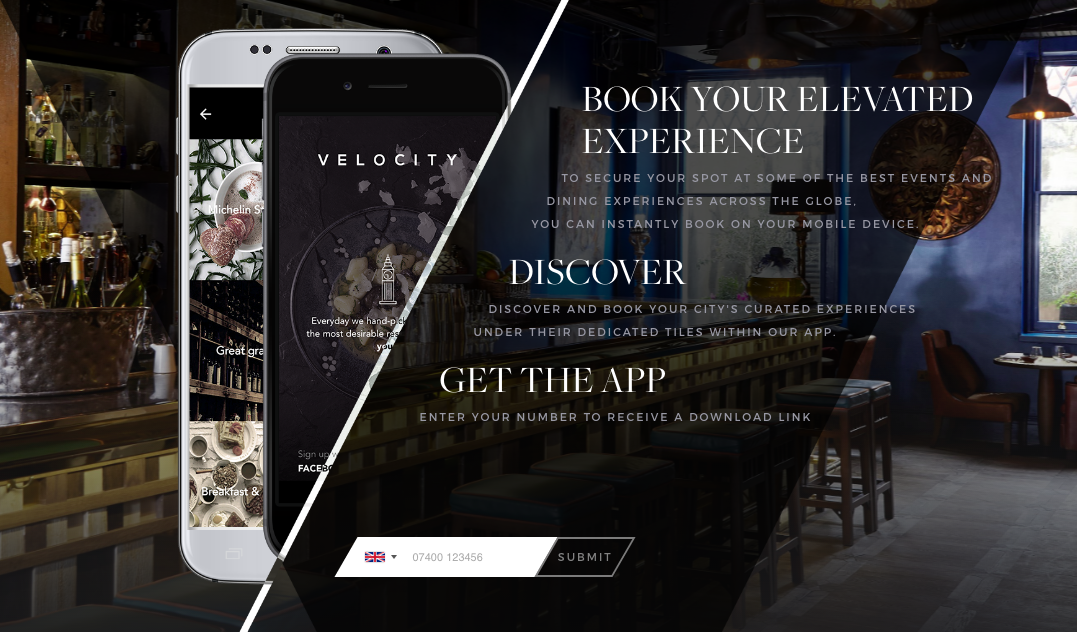 Share via
The two-year-old British business raised $16m in 2015, which was used to acquire rivals at home and abroad in autumn as it absorbed Uncover, another London service, as well as Canada-based Tab Payments and New York-based Cover. The Mayfair operation’s North American takeovers quickly provided a strong presence in the region, which has also resulted in the opening of a New York headquarters. It also boasts offices in LA, Miami and San Francisco the other cities it currently serves. With the $22.5m Series B from DIG Investments, Velocity claims it has achieved “one of the largest-ever financial backings for a technology startup in the restaurant industry . Barry Steinlicht, founder of luxury hotel firm Starwood, and concierge service John Paul also contributed to the investment, which will allow Velocity to expand into 29 cities globally by 2020. “We are delighted to announce this milestone, which has made us one of the best-funded startups in the global space,” said Zia Yusuf, co-founder and co-CEO of Velocity. Our Series B funding is an important step forward in growing our brand, increasing our bandwidth for exciting new features and building our presence in the greatest cities around the world. The companys investment comes as the number of venues on its books has increased by 800 per cent, which has solidified its position as a power player of premium restaurants. Meanwhile, revenue has more than doubled since summer 2015 and downloads have grown 225 per cent. Indeed, there are premium partnerships in place with over 1,100 restaurants some of the Michelin-starred variety including the likes of Sketch, Hakkasan, Nobu, Bowery Meat Company, Roku and Boa Steakhouse.

“Having been an early investor in Spotify, Palantir and Lyft, the goal is to find world-class companies and assist them in forging global success,” added Sanjan Dhody, non-executive director appointed by DIG Investments. Velocity is a game changer for the $3.5 trillion restaurant industry, combining compelling technology, an intimate understanding of hospitality and a world class management team. Some restaurant owners have explained the decision for harnessing Velocitys booking and payments technology, detailing things such as access to discerning global jetsetters that spend more than the average customers. Alex Macdonald, co-founder and co-CEO of Velocity, said: Unlike years past when luxury goods dominated the market, affluent consumers are now spending approximately the same amount on upscale hospitality experiences. As a result of our Series B financing, we now have the resources we need to keep Velocity at the forefront of this movement. By Zen Terrelonge

Carlo Distefanos first experience of the working world saw him work in a barbershop, but fast forward to the present day and his family-owned San Carlo restaurant group is generating a turnover of 60m.