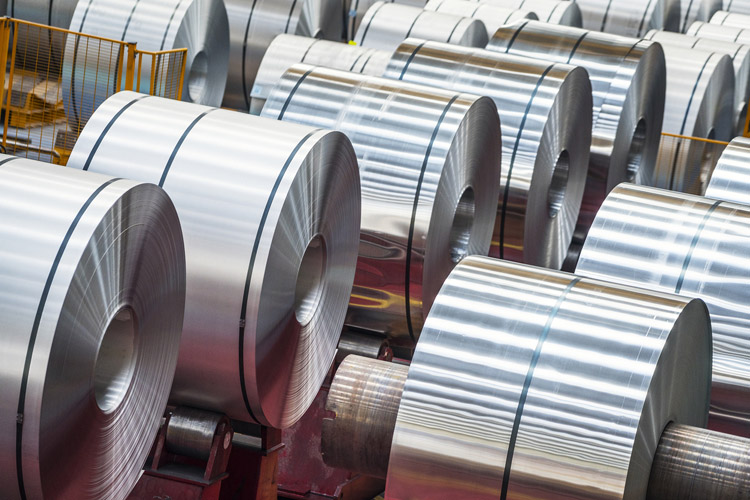 Share via
Aluminium is not a commodity that tends to make headlines. But this year, the market has suffered a series of shocks and disruptions that have left the metal’s producers and consumers on tenterhooks especially in Europe.

Disruption in the aluminium supply chain started early in 2018 when heavy rains in Brazil forced the partial closure of the world’s single largest alumina production site, the Alunorte refinery. Aluminum is produced in stages: First, bauxite ore is chemically processed to create alumina, which is then smelted to yield the final metal. The reduction in Alunorte’s activities sent the prices of both alumina and aluminium soaring, proving to be this market’s most significant jolt in recent memory. Then, in April, the Trump administration placed sanctions on several high-profile Russian oligarchs and their companies as punishment for the country’s ?malign activities?, including its alleged meddling in the 2016 presidential election. Oleg Deripaska, the owner of Rusal, the world’s second-largest aluminium producer, was among the penalised businessmen. In the week after the sanctions were announced, the global price of aluminium rocketed up by 20% and a worldwide shortage of the metal appeared imminent. The US government has since extended the sanctions deadline to 7 January after Rusal indicated that Deripaska would reduce his stake in the company and appoint independent directors to its board. The threat of sanctions has also brought the future of some of the company’s critical production facilities into question. One such plant is the Aughinish Alumina refinery in Limerick, Ireland the largest facility of its kind in Europe. Ultimately, the companies hoping to source aluminium for use in their products will suffer if the plant is closed, and so will the community surrounding the plant.

Why does aluminium matter?

With more than 450 people are employed at the Aughinish facility, and hundreds more employed indirectly, Rusal’s activities are critical to Limerick’s local economy. In May, Ireland’s minister for business, Heather Humphreys,?warned US Treasury officials that the closure of the refinery would have a ?potentially devastating impact on employment in the regional economy. The wider European economy could also be put under strain if sanctions force Aughinish to close. The facility supplies about one third of the EU’s alumina, most of which is made into aluminium for use in the automotive and aerospace industries. Major customers include BMW and Volkswagen, as well as plane-maker Airbus. If these businesses have their supply chains seriously disrupted, the ripple could be felt in communities across Europe. Unsurprisingly, German industry groups were the first to raise the alarm. WVMetalle, a trade group representing over 100,000 workers, warned that smelter closures and supply shortages would follow if a solution to the crisis were not found. Tom Jones, CEO of the UK Aluminium Federation, has warned that the prices of aluminium-made goods have already gone up. He told The Telegraph that though ?manufacturers will try and spare those rises, eventually everything gets passed along to the consumer. This is bad news for European SMEs that use aluminium in their products, or depend on large aluminium-based enterprises, such as automakers, for their survival. Aluminium’s supply chain has been relatively stable and reliable up to this point ?” but it may not weather the geopolitical storm that now surrounds it. In Europe, the aluminium industry is worth almost £40bn and directly and indirectly supports some one million jobs. Ultimately, local businesses and communities will pay the price for sanctions and supply chain interruptions.