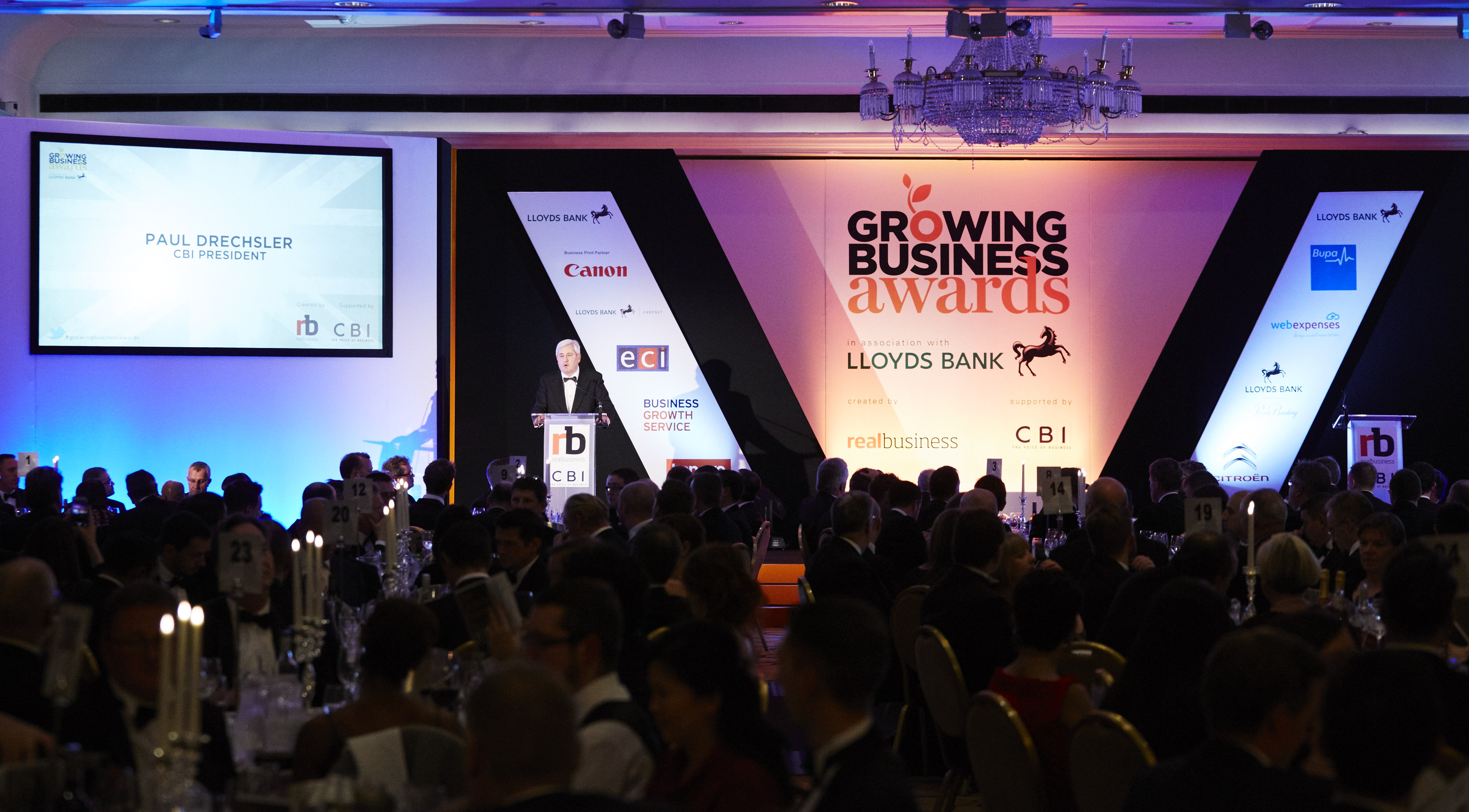 Share via
Now in its 18th edition, the awards have partnered with with Amazon this year and added a number of exciting new categories to reflect the diversity of business in Britain today. Winners from the 2015 outing included innovative fintech company Zopa, Dragons Den reject to superstar Tangle Teezer and pop-up space extraordinaire Appear Here. Prizes this year will be handed out on 30 November in 15 different categories stretching from new outings such as Franchisee of the Year and Triumph over Adversity Award to Entrepreneur of the Year and Digital Business of the Year. With nominations closing on 23 September, we at Real Business want to hear from you. If you run or are part of an exciting growth-stage SME, or know of one that is breaking boundaries and leading the way, they soon could be appearing on a stage that has previously seen Zoopla Property Group, Ellas Kitchen, Unruly and Graze walk off winners. In the run up to the awards, which are being hosted at The Brewery in central London, Real Business has also been discovering how Amazon is leading the way when it comes to supporting the nations entrepreneurs. Hearing from Gousto, Adbrain and LendInvest, we found out how its cloud offering, Amazon Web Services, means there is no longer a need to raise vast amounts of capital for a business to built its own data centre, all the services a fledgling business needs are now available. The Amazon Growing Business Awards have a long and illustrious history, first launched in 1999 and attracting guests ranging from Microsofts Bill Gates to easyJets Stelios Haji-Ioannou. This year, shortlisted companies will be met and judged in person by the likes of Zopas co-founder Giles Andrews, Busaba Eathai CEO Jason Myers, CBIs director of innovation Tom Thackeray and Blipped co-founder Jessica Butcher. Meet some of last year’s winners: Joe Fogel, magnaging director at the Vaio-Pak Group and winner of Young Entrepreneur of the Year at the 2015 awards, said: Winning at the Amazon Growing Business Awards had a huge impact on my business as it gives prospect clients and existing clients the reassurance that they are dealing with a reputable and reliable business. If customers can see that we are winning awards for what we do then we must be doing something right. It also gave my business nationwide exposure in both national and local press which drummed up more business for us as a group. Its also great for staff to know that they work for a company which continues to go from strength to strength. Jobs are secure which in turn keeps people happy and willing to work hard. A night out at the awards and a few glasses of wine also does wonders for morale. The industry-leading awards have been proven to be a sound judge of businesses which have great potential. With Innocent Drinks, LOVEFiLM and Ve Interactive all winners during the early years of operation, it’s fair to say that this years winners could contain some of tomorrows most well-known household names. Don’t miss out on this great opportunity to have your favourite business or entrepreneur get their chance to shine.