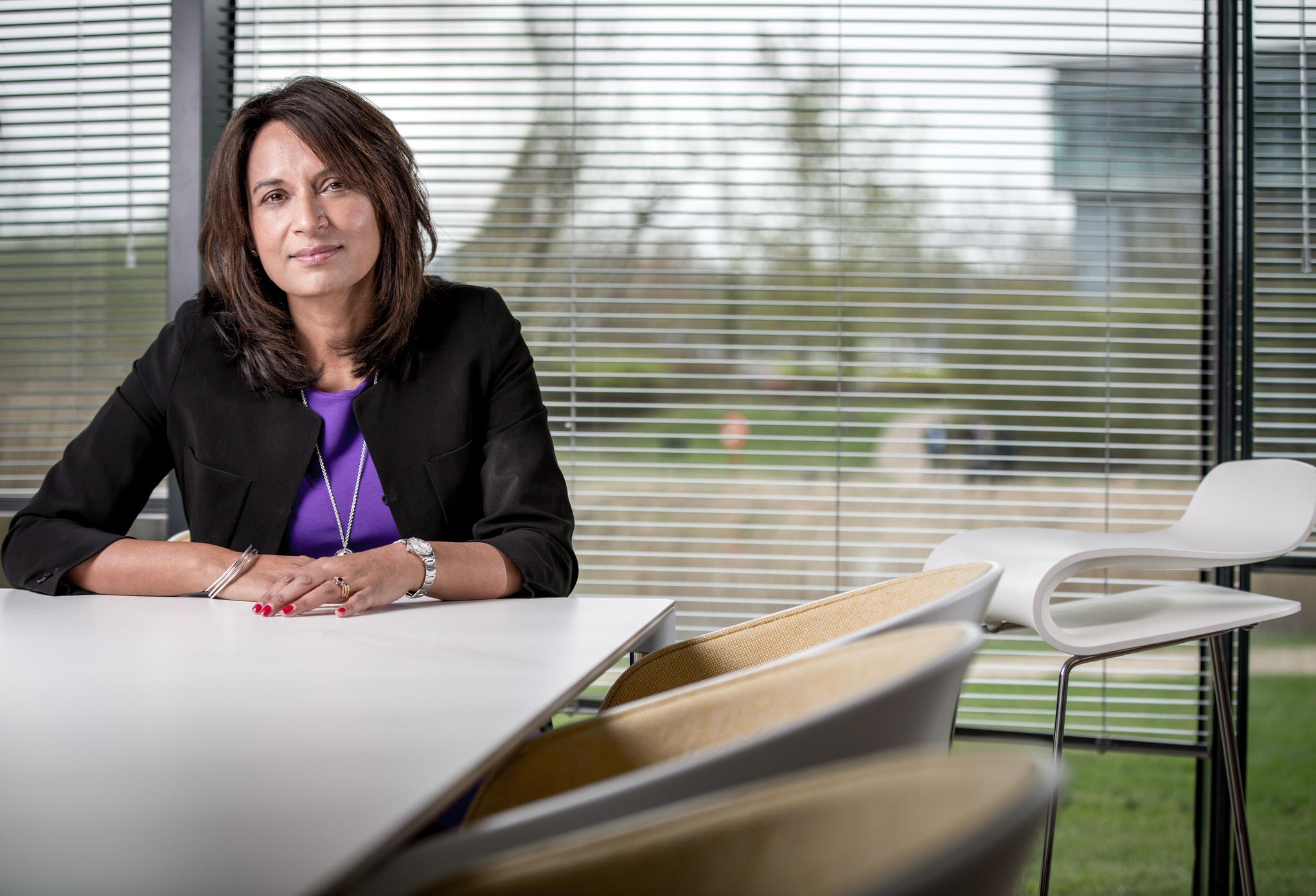 When Mitie CEO Ruby McGregor-Smith joined the business in 2002 she became the first female on its board. Having then taken up the helm as head in 2007 she has made it her business to drive a different way of thinking when it comes to female executives.

A recent report by Cranfield University School of Management found that, of the FTSE 250 companies with at least 25 per cent female directors, only 14 have female executive directors. And that one business with two? That would be Mitie. Operating alongside the other seven women who can call themselves CEOs of FSTE 250 firms, such as Katie Bickerstaff at Dixons Retail and Katherine Garrett-Cox from Alliance Trust, McGregor-Smith took some time out of her day to explain to Real Business why gender diversity is so important at Mitie. The business has been shortlisted for Business of the Year at our annual First Women Awards, and will be going up against Arup, EY, John Lewis and Procter & Gamble for the prize. Ahead of the awards night on 11 June, we?re asking our readers who they believe is best deserving of the accolade, identifying the organisation that goes beyond statutory requirements in promoting and developing a talented female workforce. Read our other four Business of the Year profiles: The first topic she touched on with us is the need for businesses such as Mitie to become more actively involved in promoting a wide range of careers at school level so that talent pools are improved. We encourage our women to go in and talk about what jobs they do, get girls to know there are a wide range of jobs out there,? McGregor-Smith explained. Mitie and McGregor-Smith have five-year internal targets to make sure all areas of diversity are met. Alongside gender, she?s also concentrating on race and disability. ?Our view is that we want to be the most inclusive employer ? that is what we believe in and have ability to do. We?re not going to get everything right, but the ethos is about making it front and foremost.? McGregor-Smith is adamant? that girls of the future do not face the same barriers she did. The company?s diversity and inclusion policy is simple, but focused, reading. We want to recruit, retain and develop the very best, and that means getting the right mix of people too,? it states. One of its biggest recent developments in this space was the establishment of a diversity steering group in 2010 populated by senior managers from across the company.

Its work has been rewarded by inclusion in the The Times Top 50 Employers for Women 2015. It is a case of measuring where the company stands from board level and multiple levels below that, she added. While acknowledging that certain areas of the business, such as security, will be skewed, improvement each year is being targeted and achieved. ?My team and I are adamant that by having goals we?ll get there. On recruitment we need more diverse lists, and a focus on talent and succession is equally important.? Mitie has a track record of taking a rather more progressive approach to flexible working, pre-dating the legislation that came into force at the end of 2014. Perks such as facilitating home working, providing childcare vouchers and offering a maternity coaching programme for senior HR professionals have all been implemented. The Mitie Facilities Management divisional team holds monthly forums that help embed diversity and inclusion into its culture. Its Mitie Foundation, opening up the world of work to people from a range or backgrounds, has a big focus on apprenticeships for girls showing them the career path of previously unknown industries. Despite her standing as one of very few female chief executives of a FTSE 350 company, McGregor-Smith is also eager to drive attention towards equal footing when it comes to face. As someone with Asian heritage herself, McGregor-Smith will use National Diversity Week in September this year to run open blog sessions on issues such as disability and depression stuff we don?t like to take about?, she thinks. Away from her day-to-day beat, McGregor-Smith is chairman of the Women?s Business Council, an organisation charged with advising the government on just how female contribution to economic growth can be bettered. It’s clear from our conversation with McGregor-Smith that Mitie are not using gender diversity as a way to flesh out corporate literature, but see it instead as a way of not only making sure the company is able to assemble the best possible workforce, but also foster a generation of women who are able to consider careers in whatever field they want. By Hunter Ruthven