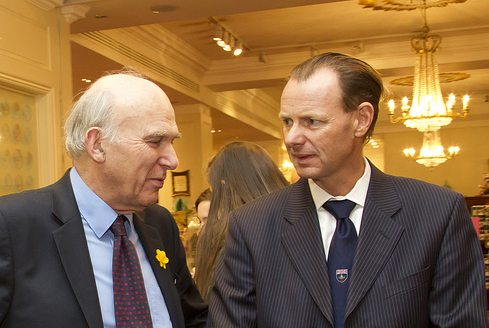 The claims in Tomlinson’s report have been hotly disputed by RBS, and until the question of their veracity is resolved we are unlikely to see an end to small businesses’ lack of trust in banks – ultimately damaging prospects for growth.

Tomlinson, a serial entrepreneur with business interests as diverse as care homes and racing cars, told the committee that there were perverse incentives within the bank’s turnaround division GRG which made it in the bank’s interest for the businesses to fail. Tory MP Jesse Norman asked Tomlinson to explain how many businesses had contacted him, and how many he had used in the report. Tomlinson said he was originally contacted by around 200 firms but had discarded a number of them because they weren’t credible examples. The dossier of evidence he passed to Vince Cable contained just 23 cases, 20 of which involved RBS, although he said these were not the only cases where he identified the pattern. This certainly begs the question of how representative Tomlinson’s report can claim to be, but to be fair he does acknowledge this. I do not pretend in my report that this is a full and forensic analysis of these businesses at all, but that’s what I’m asking for he said. Since Publishing the report he has heard from more than 1,000 other disgruntled businesses, he said. Senior banking sources have told Real Business they doubt Tomlinson’s motivations, accusing him of going after RBS for the purpose of self-promotion. Britain’s biggest business lender is certainly an easy target, and the story has made Tomlinson front page news. It has also been reported that Tomlinson is a former RBS customer, with a complaint against the bank pending. Nonetheless the claims are worrying. The cases in Tomlinson’s report share a similar pattern, with businesses holding substantial assets being hit by charges and then having their property seized. There are concerns Tomlinson’s claims have further damaged the relationships between small businesses and their banks. Recent figures suggest a significant gulf between confidence and success rates for small businesses applying for finance essentially suggesting that small businesses expect a tough time from their bank. What this damaged relationship ultimately means is that firms with growth potential are missing out on opportunities to prosper. Tomlinson’s evidence may be limited but until we see a thorough investigation which either exonerates RBS or forces it to change its ways, we are unlikely to see a resolution to this lending gap. Image source