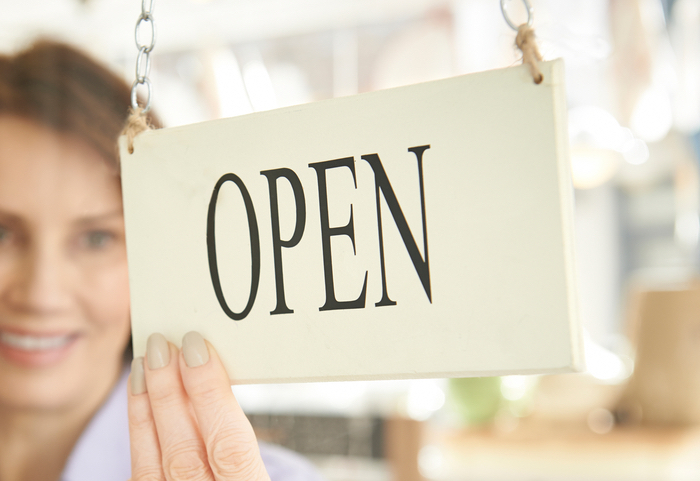 Share via
This was good news from?the Office for National Statistics, but I have a feeling that it’s not going to be all sunshine and roses over the next couple of years, which will mean that entrepreneurs will have to step up to the crease again and bat for their country. During the last recession entrepreneurs proved their worth to the UK, with the number of private businesses rocketing as individuals threatened by or impacted by the contracting economy deciding to go it alone. In 2016, according to the Office for National Statistics, there were 5.5m private businesses up 97,000 on the year before. More than 99 per cent of these are SMEs and the economic backbone of the UK. What we need to do is continue to add to those numbers with more sole traders and micro businesses that can boost the resilience and diversity of our economy. Being your own boss is a tempting ideal and there’s a number of different reasons why you?d want to take the leap into self-employment. After all, who doesn’t want to work for themselves, make their own rules and then reap the rewards when the hard work pays off Our nation seems to agree. A survey by FreeAgent which provides cloud accounting software to freelancers, micron businesses and accountants has revealed that one-in-ten working Brits aim to start their own business within the year. There are 31.76m people currently working in the UK, according to Office for National Statistics statistics released in December, that means 3.2m more Brits are expected to become their own boss by 2018, despite the future financial uncertainty of the economy. The survey also highlighted the trend in ?youngpreneurs?, with 67 per cent, the largest percentage of the age ranges surveyed, of 18-24 year-olds planning to become their own boss at some point. This is the sort of news we want to hear and proves how entrepreneurial this country is. Starting a business in the good times is great, but the best entrepreneurs are those that kick off their enterprise in a challenging environment and go on to achieve great success. When I started Pimlico Plumbers in 1979 the country was at another cross roads after a decade of economic disasters, and it proved the best time to be entrepreneurial. And, for me, it worked out, but for a lot of small firms the results aren?t the same as they fail to get over the first hurdle. Around half of new businesses go to the wall in the first five years. There are, of course, many reasons for this, from bad ideas to bad management, but a lot of the time it’s down to a lack of experience. And, as an experienced new entrepreneur is a contradiction in terms, it’s important that those who have been there and done it share their expertise and how they earned the scars on their backs. A rewarding part of being a successful entrepreneur is the power to give someone help and advice. On the flip nside, going it alone doesn’t mean that you can’t ask for help if you need it. I regularly get tweets, calls and messages from people who say I or what has been achieved at Pimlico Plumbers, has inspired them in some way. Most recently, I received possibly the most moving yet from a lady in New Zealand whose small gas and plumbing business was left on the brink after a big commercial client went under owing them hundreds of thousands of dollars. Using Pimlico Plumbers as inspiration, the firm increased its domestic work, developed a new strategic plan, based on how I do things in the UK, and kitted staff out in new uniforms and new attitude. Just 18 months later they are turning a profit again and getting positive reviews for their work. I was very proud that my approach to business, and the plumbing industry, has helped another company and proves the power of entrepreneurialism can travel around the world. I hope that as we embark on the next step of the journey into the economic unknown that other entrepreneurs can encourage new business owners towards success and help maintain the role of SMEs at the heart of British commerce. Maybe then the Office for National Statistics will be able to reveal even more new business creation.

19 Jul 2021
We use cookies on our website to give you the most relevant experience by remembering your preferences and repeat visits. By clicking “Accept All”, you consent to the use of ALL the cookies. However, you may visit "Cookie Settings" to provide a controlled consent.
Cookie SettingsAccept All
Manage consent