A Randstad Technologies survey revealed that tech staff are some of the most positive in the UK when it comes to the impact of the recession and that nearly a third (31 per cent) of IT professionals feel their industry is now significantly different compared to before the economic downturn.

The most significant changes being felt within the IT and technology industry over the last six years have been to do with workload (34 per cent). This is closely followed by the impact of having to work within smaller teams as a result in changes to hiring policy (32 per cent).

Mike Beresford, managing director of Randstad Technologies, said: “The IT and technology sector is one of the most dynamic and fast moving industries on the planet. Technology is constantly reshaping the way companies do business and this was even more prevalent over the course of the downturn. And some of today’s most influential and valuable technology companies like Facebook saw their growth surge during the recession.

“As a result, tech staff are far more used to handling change than many other industries and it’s extremely encouraging to see that so many employees are keen for further change to be implemented in order for the sector to continue striding forward.” 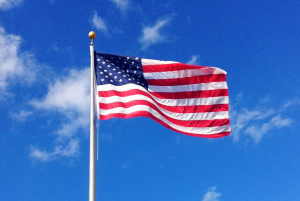 US is top export destination for UK businesses