“If I was an SME, what would I want?” asked challenger bank Metro’s head of commercial banking, Jason Oakley, in a conversation with Real Business. “Well, continuity. Somebody I can actually build a relationship with.”

It seems like Oakley hit the business-banking-nail on the head. Real Business has been keeping a close eye on the developing relationship between business and the new high street banks over the past few weeks; between the “Big Five” high street banks and the marching army of alternative lenders, challenger banks the likes of Metro Bank, Handelsbanken or Aldermore seem to be stuck with the perception that they are “just the same” as the “old” banks – untrustworthy, impersonal, detached from the business world.

We spoke to bank representatives to let them tell their story but, more importantly, also asked you what real business leaders want from a bank lender.

In our poll, 54 per cent of you agreed that being able to work with one advisor who knows your business is the key to building trust with a new bank lender. Some 26 per cent of you demanded absolute transparency every step of the way, and 18 per cent called for a fast and personal service, as opposed to call centres, to transform the bank lending world to the better. The remaining two per cent thought that an international presence and the competency to fund business export was the most important element in good business banking.

The good news is that the UK’s alternative banks reflect your view.

Handelsbanken, for example, prides itself with its local, anti-centralised approach to banking, putting one manager in charge of all decisions made at “their” local branch. “Customers tell us that they want to meet the people who can make decisions – and actually explain why our decision might be what it is,” explained Handelbanken’s head of the Northern Region, Tracey Davidson.

That’s not dissimilar to the approach of Aldermore, Co-Operative, Metro Bank and other new players. Metro Bank, for one, insists on keeping all its meetings with new customers face-to-face. “I’ve worked in relationship banking channels for the past 30 years, and have spoken to a lot of customers who think that they have been badly advised, or been forced into a call centre. Clearly, the alternative that we offer around a dedicated contact is welcome,” said Oakley, who worked for Royal Bank of Scotland before joining Metro.

What we are seeing, in the aftermath of a decline in the banking market, is a u-turn to old-fashioned banking. The move away from centralised decision-making, towards personal, flexible relationship banking merely shows that we are going back to where we’ve been before. The larger the UK’s high street banks became, the more customers were driven away from bank branches – more call centres and less employees meant a cost saving. Now, local branches and personal advisors are back in business.

“It’s no surprise to us that the issues of advice and transparency dominate the survey, as these are exactly the themes we hear again and again from firms and their accountants.

“Business finance is complex and opaque. Transparency is also very important: the ability to get straight answers on what lenders need is immensely valued by firms – even a fast ‘no’ is often valuable – and greater transparency around finance costs and commitment is a vital ‘quick win’ that could easily be delivered by the banking industry if the will was there.”

Smaller banks are trying to fill the gap created by the trust lost through the series of banking scandals that were thrown at the public in recent years. It’s an interesting time to watch the new breed of bank develop; how will its localised, back to basics approach tie in with the fast-moving world of alternative funding? The super-fast, digitalised world of crowdfunding, MarketInvoice, Funding Circle, wongaforbusiness.com and an army of others is pulling business finance in an opposite direction; they are moving towards tomorrow, while challenger banks are retreating to yesterday.

A look at this month’s Real Business poll proves that, in this case, going backwards is the way forward.

In November, Real Business will explore and analyse the role of invoice finance and asset-based lending in supporting UK SMEs. This will be the third in a series of editorial focuses on alternative funding options. Join the Real Business alternative finance discussion on Twitter, by using #unleashingfinance. 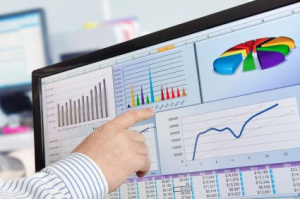 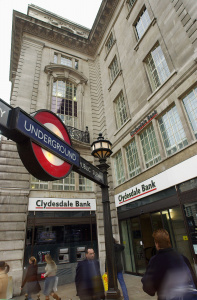