In April of this year, David Cameron embarked on a whistle-stop tour of Asia that took him to Japan, Indonesia and Malaysia. Accompanied by a delegation of some of Britain’s leading manufacturers, including Rolls Royce and BAE Systems, this was a trade mission in the traditional mould.

During the tour, the Prime Minister spoke about the urgent need to “link Britain up to the fastest growing parts of the world, because we need to trade and export our way out of our economic difficulties.”

Cameron sees rapidly developing economies as the solution to Britain’s business doldrums. If there’s a reliable route to prosperity, it’s by producing goods at home and selling them abroad. That was the success story of Britain in the 19th century, America in the twentieth, and now China in the 21st.

“The UK has a proud history as a great trading nation, but in recent years our performance has been lacklustre,” said John Cridland, Director-General of the Confederation of British Industry (CBI).

The UK, which ten years ago accounted for 5.3 per cent of the world’s exports, now claims just 4.1 per cent. Cridland is convinced that export success can be one of the main drivers of growth, though this will require a readjustment from British firms. “For too long we have been over-dependent on advanced economies for our trade,” said Cridland.

The CBI recently issued a report that suggested exports, particularly those targeted to BRIC countries (Brazil, Russia, India and China) and the next 11 emerging economies, including Mexico, Nigeria, Turkey and South Korea, could bring an additional £20bn to the UK economy.

For that to happen, it’s not just British multi-nationals that need to take up the gauntlet, it’s more the country’s medium-sized enterprises. At present only one in five SMEs is actively exporting goods or services. Compare that with an EU average of one in four, and it’s apparent that the UK has room for improvement.

Germany’s SMEs, known as Mittelstand, are the engine of the country’s robust economy. They have been aggressively pursuing exports; setting up sales and service outlets abroad and even building factories overseas. So it’s not surprising that in the past decade Germany’s share of global exports has grown from 8.9 per cent to 9.3 per cent.

So why are UK businesses failing to penetrate foreign markets, especially when you consider the high esteem in which British goods and services are held internationally, prized for their quality and craftsmanship? It often comes down to fear. British companies tend to overestimate the difficulties of supplying goods and services overseas, and underestimate the potential gains.

In today’s connected and increasingly flat world, businesses need to be more reactive, responding to opportunity when and where it arises. The internet has brought the world closer together. Online business-to-business platforms, such as our own Alibaba.com, have transformed trade practices – by putting businesses in immediate contact with a world of buyers and sellers in every conceivable sector. At the same time, instant communication channels are making it easier than ever to manage global operations.

The benefits of export trade are not difficult to decipher. A survey from the manufacturers’ organisation EEF found that firms with export operations achieve a 34 per cent rise in productivity, stronger financial performance and are 12 per cent more likely to remain in business.

In short, exporters achieve levels of growth that are simply not sustainable if you limit your horizons to the domestic market. And, whatever you imagine the challenges of exporting to be, experience shows that the gains are invariably greater.

James Hardy is Head of Europe at Alibaba.com. 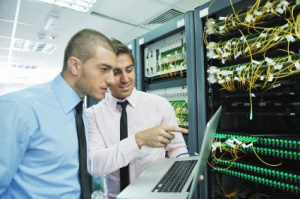 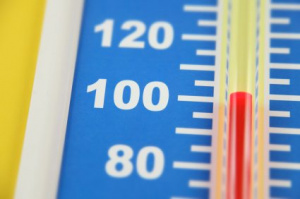 Trend watching is your guide to exit planning