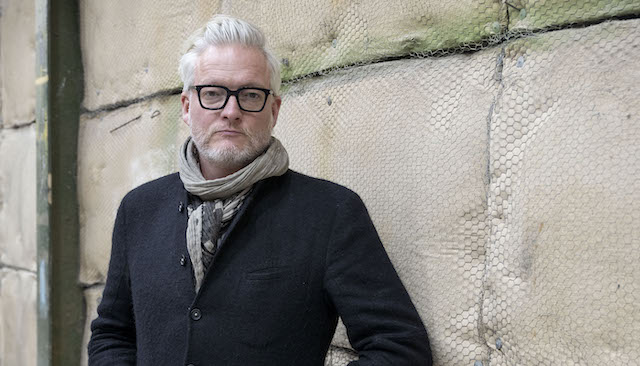 Share via
It’s not often that you meet an entrepreneur with an equal appreciation of the creative and commercial worlds, but Jeremy Rainbird is one of them. In 2015, he launched the award winning production company, Merman with his wife, the actress writer and producer, Sharon Horgan. With a passion for working at the intersection of media, entertainment and property, Rainbird then co-founded The Creative District Improvement Company, (TCDI) a business that is’spearheading the regeneration of film and television studios across the country… Real Business, (RB): When did you know that you wanted to enter the creative industries Jeremy Rainbird, (JR): I knew at 18. I had a place at art college but sacked it off and went to Soho to get a job as a runner. It was the hardest two years of my life, but I was hooked. It taught me lessons I still take with me today. My grandfather, George Rainbird, is a big inspiration to me. He was an entrepreneur and worked in the advertising and publishing industries. He brought colour reference books into homes in the UK and basically invented the coffee table book in the 50s. He was an amazing man. RB: You manage Merman, the production company you set up with your ex-wife, Sharon Horgan. What are the benefits and challenges of running a business with a family member? JR: Well it helps if they are high profile, as it’s an instant marketing campaign! However, you have to make sure you back it up and deliver the goods, which luckily Sharon does in bucket loads. She’s the hardest working person I know, and it helps that she’s probably the most naturally gifted person at what she does too. The benefits were that we could cover more ground and were always talking shop, obviously that has a downside too. We received three bafta nominations this week, I?m honestly so proud to be in business with her. RB: Did you ever imagine that the company and Sharon”herself would experience such phenomenal commercial success? JR: I knew she would. From the moment I met her 18 years ago. I just knew. She’s a very special person. I?m lucky we met and very fortunate to have talked her into choosing me. Seriously. It’s been a wild ride.

As for Merman we attract amazing talent. Both in front and behind the camera. They are drawn to Sharon. Who wouldn?t be

We ve encouraged some amazing partners to join the crusade along the way and that’s been a huge help. Clelia Mountford and Sharon are a formidable team but opening in the USA thanks to Kira Carestensen was a game changer too. Merman LA has been meteorically successful thanks to her. We have the best people in the game in our global and local teams and that’s the secret. RB: How important is it for you to preserve and develop the UK’s film and TV industry? JR: It’s all I’ve ever known, it’s my home. I love it. I?m so proud of what my TCDI co-founder Piers and I are building. Six years ago, we were told that we were dreamers, today we are on our way to realising our ambition. We will have the largest studio network in the UK including London and surrounding key areas on the M25 as well as further afield including Liverpool and Manchester. This will total over 1m sq feet of production and stage space. RB: Is the UK is capable of having another golden age when it comes to TV and film? JR:“The demand on UK production has never been greater and it is set to rise exponentially, we need to service the demand, or we will lose this work to Europe and other key non-USA markets. To do this we need more studios and more skilled labour, and this is amazing news for the future of our industry and for the UK’s GDP and future employment strategy.

The creative industries account for 12% of the UK GDP and are growing at twice the rate of any other industry, so the UK should be investing in that.

Postproduction also plays a big part in our offering, for example, our Twickenham Studios team won an Oscar last year for their sound work on Bohemian Rhapsody. All of our studio sites also include education through partnering with top UK educational institutions. RB: What has enabled your success as a serial media entrepreneur JR: Pick great partners. Know your strengths and weaknesses and do not be afraid to admit them and ask for help. Be a team player and don’t try to do it all. Partner with complimentary skills and thrive. My key skill is seeing opportunity and igniting that into reality. I am lucky enough to have a fleet of amazing partners in everything I do. They are the ones that deliver long term, sustainable growth. The key is to know your strengths and play to them. RB: If you could give any business advice or foresight to your younger self, what would you say? JR: Sleep on it. Something even today I struggle to do. I?m impulsive and that’s both good and bad. RB: What three achievements are you most proud of since starting your career? The first is starting my first company Addiction Worldwide with a £2.5k credit card aged 25. At its height, it had a turnover of £15m with 100 staff in London and New York and clients such as Coca Cola, Krispy Kreme, Voss Water, John Freida and B&Q. The second is Merman which was set to turnover $75m pre-COVID and will do so again. We work with the best talent in the world and last week received 3 BAFTA nominations. It’s been a phenomenal success. The third is successfully acquiring Twickenham Studios, backed by BA Pension fund, which was a huge milestone. We d been working on a studios and creative community concept for five years. Unpaid (obviously) and investing our own money in lawyers, architects, lobbyists, and planning consultants. RB: How resilient have you had to be in your latest venture JR: People close to us started to question our vision, our ambition, our ability and our sanity, but we kept going and stubbornly refused to listen. We nearly killed ourselves trying but eventually we did it. And just like buses, three came along at once. We now have a pipeline of £300m of property to build out and operate. With a further £200m to deploy. As an entrepreneur you are so in the chase every day. Sometimes you don’t have a chance to feel the pain, to get truly scared, to feel defeat. But perseverance, hard work, a great idea and drive won the day. It always does.