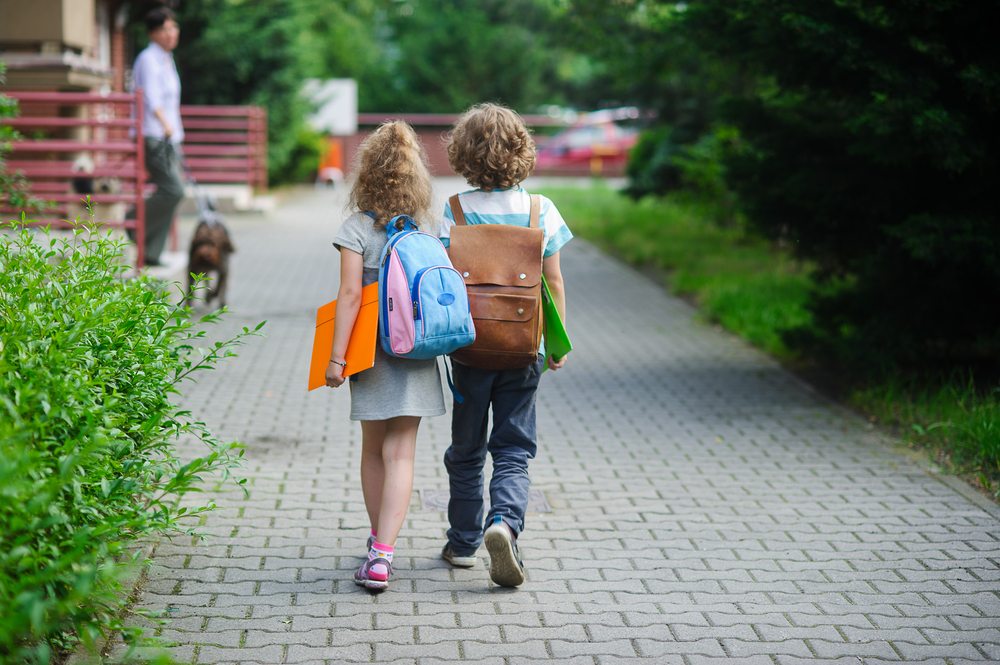 Traditionally, businesses hope to capitalise on the back to school spending spree that occurs towards the end of August and early September.

A cursory glance at Twitter finds all the usual suspects lining up to promote products using #BackToSchool: snack brands posting videos of fun new recipes the kids are sure to love in their lunch boxes, computers and gadgets boasting low, low prices, and bookshops sharing pictures of extensive revision guides ranges . Bonus points go to Stationery World for capitalising on #BacktoHogwarts to advertise its student discounts.

How brilliant are the staff at Kings Cross station for doing THIS this morning? #BackToHogwarts #HarryPotter pic.twitter.com/pj8YFGKXir

Added to that though, are a few, shall we say, less relevant things on offer: apps that teach children mindfulness, car rental deals, fancy dress items, ribbons, landscape design services, chicken wings and skincare. I might not have seen these posts if I hadn?t searched for #BackToSchool tweets, but now that I have I?m inclined to look upon these brands less than favourably. These company’s products and services don?t relate to the beginning of the school year, and it just smacks of ham-fisted marketing. Read more about social media for business: It?s not an easy thing to get right. According to a report by Social Media Examiner, 90 per cent of marketers agree that social media is important to their businesses, but 40 per cent acknowledge that it has become more difficult in the last 12 months. Many businesses take on young or inexperienced social media managers to keep down costs, but if you do this always be sure to train them well ? one bad tweet can end up costing more in the long run. Ben Caine from the Copywriting King revealed that a business owner?s social media strategy is likely to be budget-dependant. He said: ?Ultimately, because of the time factor it’s usually best to outsource social media and content to someone else, so that you can focus on the bread and butter of your business, but you need to ensure the person knows your business inside out.” Brands are always treading a thin line between professionalism and real, personal customer engagement, but time and again we see companies veer so far off left field it should serve as a lesson to us all not to crow-bar in hashtags or jump on the bandwagon of other successful campaigns. Often, as in the #BackToSchool examples, a brand is left looking out of touch and a bit hapless ? but in extreme scenarios particular examples can cross the line into being offensive. For example, back in 2014 #WhyIStayed was trending as an outlet for domestic abuse survivors to share their experiences. Frozen pizza manufacturer DiGiorno got in on the action with its now infamous tweet, ?#WhyIStayed You had pizza?.

Entenmanns fell afoul of a similar offence back in 2011 when it tweeted: ?Who?s #notguilty of eating all the tasty treats they want?!? The brand had failed to realise the hashtag was trending to coincide with the Casey Anthony trial.

@Entenmanns may have the most EPIC twitter fail of 2014. Do you agree? Vote w/ #NotGuilty http://t.co/lsQypg7gh4 pic.twitter.com/olejeRnXft

In both cases, these brands were forced to apologise and admit social media managers had not checked what the hashtag was referencing before making use of it. There is a lesson for all of us here: get noticed, but for the right reasons. Caine from the Copywriting King said: ?When using social media, businesses should make sure they research who they are tagging into posts and the hashtags they use.? As a rule of thumb, Caine recommends using a maximum of three hashtags. ?Treat social media as a way to build relationships with potential clients ? so rather than trying to sell your products straight away, treat each post as an introduction to your business.? Interestingly, the Social Media Examiner reported a move away from Twitter and towards an increased use of Facebook. In general, marketers plan to increase their use of videos (73 per cent), visuals (71 per cent), blogging (66 per cent), live videos (39 per cent), and podcasting (26 per cent). While this opens up more opportunities than your standard 140 characters, if you?re going to shout your message loudly you?d better be pretty sure you?re shouting the right thing. As for Twitter ? there will always be brands misfiring into the Twittersphere, just try not to end up on the next “Top Ten Fails” listicle. Interested in utilising social media for your growing business? Check out the top five trends for 2016.