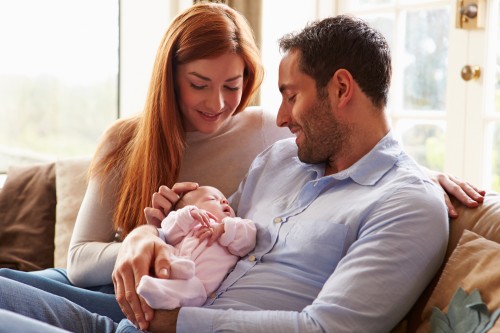 Share via
Only one per cent of men have so far the opportunity to share their partners parental leave, suggested research by My Family Council and the Womens Business Council. After looking at 1,000 parents and 200 businesses, it was concluded that the main reasons why men chose not to take up SPL was lack of awareness and, arguably more important, the fact that 55 per cent of women didnt want to share maternity leave with their partners. Furthermore, 80 per cent of both men and women agreed that a decision to share leave would be dependent on their finances and their employers enhancement of SPL. But while take up is still low, the research found that men are interested in taking SPL in the future, with 63 per cent of men who already have young children, and are considering having more, saying they would now most likely take it. Ben Black, founder of My Family Care, claimed that while few have yet to partake in SPL, the policy’s introduction was a step forward when it comes to equality in the workplace. The key thing for businesses is to help employees combine work and family by providing them with choices and enabling them to carry on with their careers while having a family,” Black said. “Were going to start hearing fantastic stories of fathers, at senior levels, who have taken SPL, and once these stories filter through, and the notion of sharing leave in this way becomes normal , then it will be accepted practice and that one per cent will gradually increase. Of course, all change takes time and while it hasnt so far been the cultural change that many were clamouring for, I suspect with many companies enhancing paternity leave, momentum will grow. Read more about Shared Parental Leave: Of the 200 employers asked, the majority said they enhanced maternity (77 per cent) and paternity (65 per cent) pay in order to be consistent with their culture of fairness and equality, and to increase retention and engagement of both men and women. Those companies who havent enhanced SPL did so because of the potential costs involved. The role of bosses in encouraging the policy was highlighted byEmer Timmons, chair of the “Men as Change Agents” working group at the Womens Business Council, who said the findings emphasised the role business can play in raising awareness of the opportunity to take SPL. “One year on, we can see that some fathers have embraced the opportunity to spend time with their young families but that there is still a long way to go for others,” Timmons said. “Increased flexibility is good for women, good for families, good for business and ultimately the economy, so it’s a win-win situation all round . With productivity being a subject of great debate in the UK, it has led to many suggesting that benefits packages are the way to go in order to motivate staff. If it’s parental leave that you’re looking to check off your list of possible perks then heres five policies you can glean from. By Shan Schutte</a ></em ></p >