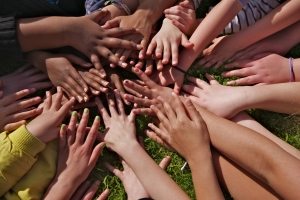 The concept of employees owning shares in the company they work for is not a new one. The first employee share ownership plans were formalised in 1978, with one of the most popular schemes still in existence, Sharesave, also known as ?Save as You Earn?, launched in 1980. Since then, successive governments have introduced new employee share plans, including the Share Incentive Plan (SIP) and the Enterprise Management Incentive (EMI) in 2000, in recognition of the benefits that employee share plans offer.

But why are so many companies keen to adopt employee share plans? Those that have adopted share plan schemes will normally say they did so for a number of reasons. From an employer?s perspective, share plans are introduced to generally make the company more attractive as an employer, to encourage employees to stay with the company for longer and align their interests with those of the shareholders and to offer rewards and incentives that are markedly ?longer term? than a one-off cash bonus, or other forms of employee reward. In recognition of the benefits of employee share ownership, the government too has taken a keen interest in promoting and enhancing such schemes. In his Autumn Statement of 2013, George Osborne announced that he was increasing the monthly savings limits from ?250 to ?500 for Save as You Earn (SAYE) schemes, after a five year campaign by ifs ProShare, along with several other prominent organisations. The changes represent a significant boost for employee share owners, who will now be able to make greater, tax-efficient savings on their earnings. There is plenty of academic research which supports the benefits of employee share ownership for businesses. In late 2012, a four-year study from Loughborough University was released which sought answers to the effects of employee share plans on the employee, but it also makes interesting reading for management. The study concluded that 75 per cent of employees who engaged with their share plan were more motivated and committed to their employer.  It also found that the majority of those surveyed were more likely to produce better work, consider the cost implications of their actions and stay with their company longer. The clear conclusion is that share plans tend to improve company performance, result in greater levels of loyalty, engagement and individual performance. What made the findings remarkable is that the period the study covered were the years immediately following the economic crash of 2008, where nearly every single economic indicator took a blow. The findings of the research are also borne out by the popularity of employee share plans in recent years. While undoubtedly stories such as the Royal Mail have raised the profile of the employee share ownership industry, figures from ifs ProShare reveal that the numbers of UK employees taking part in HMRC approved plans now stands at more than two million, with more than 200,000 employees joining within the last year alone. What?s interesting too, is that the figures from the annual Share Incentive Plan (SIP) and Save as You Earn (SAYE) research reveals that it is not just listed companies who are setting up employee share plans.  In fact, there are now more private companies operating employee share schemes than FTSE 250 companies and this number is growing year-on-year. Indeed, in recent months Asda, BT and B&Q have all publicised dividend pay outs for their employee share owners. While the debate surrounding the privatisation of Royal Mail will undoubtedly continue, one interesting statistic emerged from the privatisation. Of those employees offered free shares, 99.7 per cent decided to take up the offer, creating many more employee share owners. Regardless of their reasons for doing so, this can only be a good thing for employee and employer alike. John Collison is head of employee share ownership at the industry trade body ifs ProShare Image Source